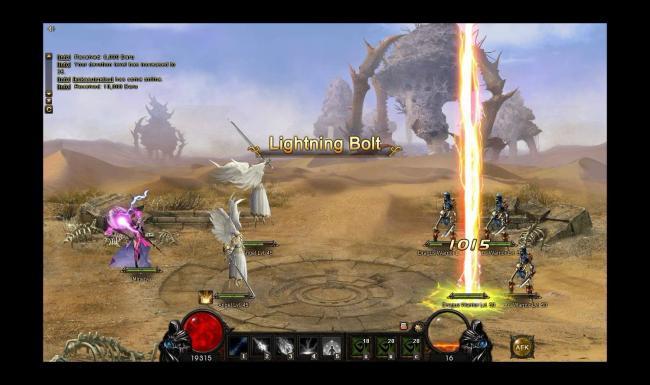 Kabam has announced today that the colossal publisher of free-to-play games has been selected to be the exclusive distributor for a mobile version of the popular fantasy web game Wartune. This news is in accordance with Kabam’s recent $50 million development fund this past spring, which is aimed at bringing popular Asian-developed games to other parts of the world. 7th Road, the Chinese studio responsible for the web-based development of Wartune, will be heading up the mobile version of the game as well, in conjunction with developer Hoolai Games who are also said to be handling the licensing duties.

While the award-winning Chinese-based Wartune has found plenty of success within its own origin country, its massive influence and reach in other parts of the world are simply unmatched by other role playing and strategy games on the market today. Ming Hu, the Chief Product Officer at 7th Road has revealed that Wartune averages around $7 million of revenue through in-app purchases in English-speaking countries alone, which really speaks wonders to Kabam’s continued interest in putting out the greatest “global games” on mobile devices.

While there’s no word yet on when the mobile version of Wartune will be shipping out to our smartphones and tablets with that big old Kabam stamp of approval, we do know that the game is being developed for both iOS and Android platforms, and will make an appearance in North America and “major European countries.” Keep checking back here on Gamezebo for all the latest updates you’ll need to find out exactly when you’ll be able to start taking Wartune with you on the go!

The Room: Epilogue – Everything You Need to Know

This Labor Day, spend your time away from work playing these great games (about work)