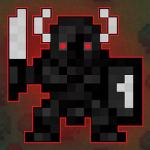 Kabam, makers of social and free-to-play games like The Godfather and Kingdoms of Camelot, have acquired Wild Shadow Studios, best known for the highly popular online combat game Realm of the Mad God.

As is typically the case with these things, no specific details or numbers have been publicly revealed. But president Andrew Sheppard of Kabam informed GamesBeat that their interest was derived from how many of their employees were playing the game. It’s not the worst reason to acquire a company, all things considered.

For those unfamiliar, Realm of the Mad God is a browser game with a heavy emphasis on multiplayer. Users must work together to take down the many enemies that reside in the fictional (or is it?) world of Oryx, and doing so requires an absurd amount of bullets. And when I say an absurd amount, I really do mean it. We’re talking “bullet hell” levels of them.

Kabam intends to bring the game to more platforms, though no specific ones have been offered up yet. I suspect one of them will be Facebook, but we’ll have to see where else it lands. Hopefully everywhere, as the game is an absurd amount of fun. If you don’t believe me, go play it here.

The game is free-to-play, but players are able to purchase additional character slots, pets, vault chests and more. This model aligns perfectly with Kabam’s own, as free titles are very much their bread and butter, not to mention ones that possess a level of content that’s a little more substantial than many other free games out there.

I suspect we won’t see the fruits of this acquisition for quite some time, but it’s still great to see a game as solid as Realm of the Mad God find a stronger financial backbone to expand and keep being awesome.

Hands in your pocket: gaming’s misguided battle for your second screen

Microsoft looks to take on the iPad with Microsoft Surface