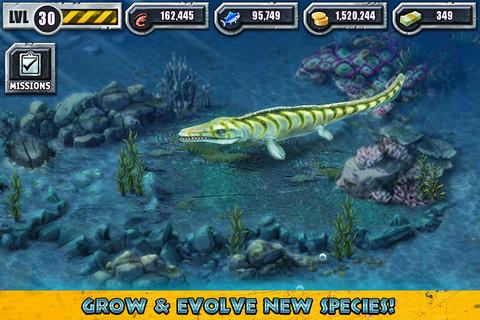 Some hundred million years ago, dinosaurs strutted across the baking Earth and declared, “Man, we are the kings of this joint.” Then one of them would stray a little too close to the water’s edge and get swallowed whole by the real kings of the prehistoric era: Plesiosauria. These leviathans swam the oceans from the early Jurassic period up through the end of the Cretaceous. If you want one of your own, you’re going to need a time machine and a big, big tank—or you can play the latest update forJurassic Park Builder.

Now the dino park simulator lets you go underwater and fawn over a menagerie of ancient aquatic reptiles. You can raise new species, evolve them, and marvel at their very pretty, very deadly sets of arm-sized teeth. You can also make your underwater park very pretty with an assortment of aquatic plants and buildings that can earn coins over time.

Of course, the dry portion of your park still requires attention, so don’t neglect it. If T-Rex doesn’t get her promised game of “fetch” every day, she gets cranky.

The latest update for Jurassic Park Builder also fixes a few bugs, so go ahead and dive right in (though we don’t recommend staying in the water for too long).

Christmas comes to The Sims FreePlay