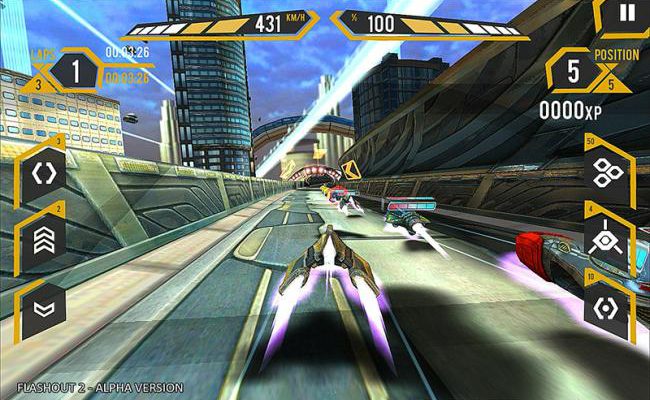 We’re still holding out hope that one of these days, Sony will finally crack and start releasing iPhone games. Why? Because Wipeout is amazing on a handheld. But until that impossible day comes, iOS owners have two choices: buy a PlayStation Vita, or checkout Jujubee’s futuristic racing series Flashout.

Now admittedly, we weren’t huge fans of the series first entry Flashout 3D. And judging by its score on Qualityindex, it seems as though most other critics felt the same way. So why do we think you should be excited about Flashout 2?

I have no idea – but I’ll be danged if it doesn’t look pretty. 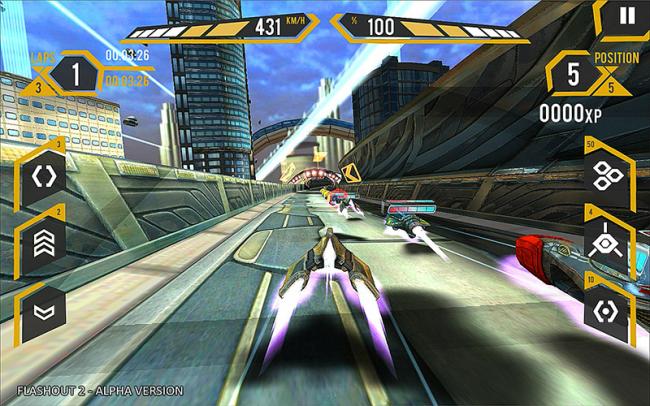 The developers are promising “a redesigned and enhanced Career Mode, much better physics and graphics, challenges, spectacular circuits and from day one an online multiplayer mode,” so it seems as though Flashout 2 will be significantly more than just a new set of tracks.

Can the sequel finally live up to the promise of the original? Find out when Flashout 2 releases on iOS, Android Mac and PC at the end of the year.