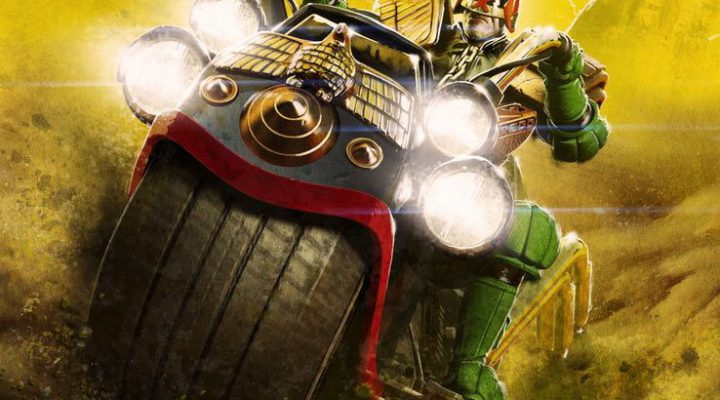 Gamebook Adventures is a franchise that has allowed us to recapture our youth by bringing the Choose Your Own Adventure formula to iOS devices— except this is way better than before because the stories are actually good, the artwork’s amazing, and there’s even a dice-rolling mechanic. Now, things are about to get even better, because it’s just come to light that Judge Dredd is about to become a part of the series.

That’s right, Judge Joseph “I Am The Law!” Dredd is coming to an iOS device near you. Australia-based Tin Man Games is teaming up with the members of the team responsible for the recent Judge Dredd tabletop role-playing game to create this new gamebook.

As of yet, the gamebook is untitled and a plot scenario has yet to be revealed. Hopefully the folks at Tin Man Games will bring back the Dark Judges for Dredd to fight, or have the story take place during an epic storyline like “The Apocalypse War,” though anything will be better than that horrid Stallone movie from the 1990s.

The Judge Dredd gamebook is currently set to be released sometime in Q2 2012, with a price tag of $4.99.