Zynga sues for Vostu for copying its games. Pot calling the kettle black? 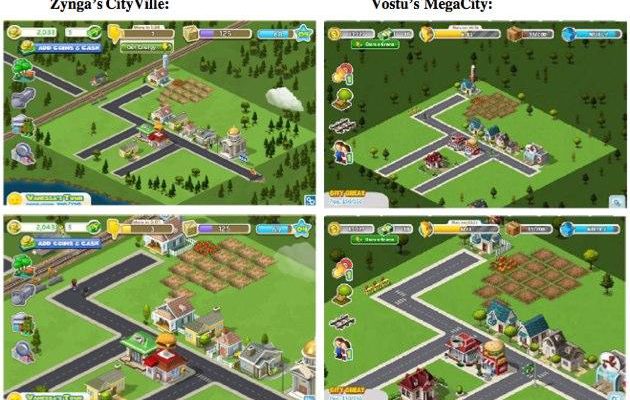 This is ironic, or ironico, as they say in Portuguese. Zynga is suing Brazilian social games developer Vostu for copying its games. Zynga, of course, has been accused and sued for copying games themselves (or Mafia Wars, which was inspired by Mob Wars) so if they are filing a lawsuit, the evidence must be over-whelming.

Based on the reporting by Techcrunch, it’s compelling. Screen shots of Vostu’s MegaCity are quite carbon-copy like to Zynga’s CityVille.

Filing a lawsuit for copy infringement in the world of games, where “cloning” is an actual business strategy is a slippery slope.

Looking over the screen shots (below) and hearing that even bugs may be similar in the games, I can see why Zynga is accusing Vostu of outright copying its games. 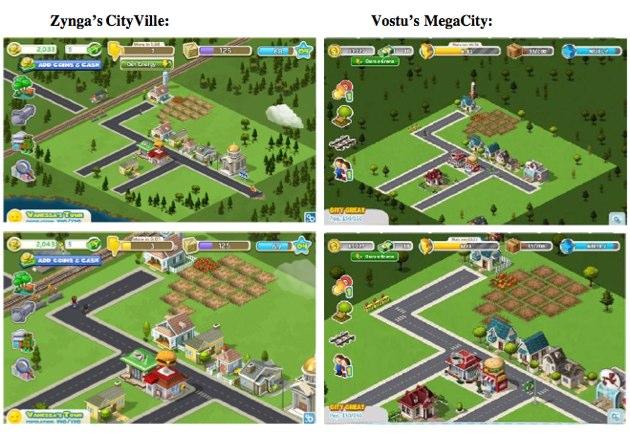 However, I am also reminded of a book I once read called The Bible Code. In this book, the author writes how scholars removed all the punctuation out of the Bible, formed a matrix out of the Hebrew letters (such as, 10 across, 20 down) and found patterns of words that seemed to predict the past and the future. These include the Holocaust, the JFK assassination, and a future Nuclear War in the next couple of years.

Critics point out, however, that you can take any book in the world, translate it to Hebrew, create the matrix, find computer patterns and predict the same Nuclear War explosion.

What’s my point? Oh yea. I wonder if you can take any social game (or any game what-so-matter), put the screens side-by-side, and accuse a company of copying. It’d be a fun test to do on say…Zynga’s CafeWord and Playfish’s Restaurant City.

Vostu’s counter-argument is this is a case of the pot calling the kettle black (they copy games) and that Vostu is being falsely accused.

At the end of the day, lawsuits are all about money. Vestu has raised $40 million to date but Zynga is about to raise $1 billion+ in the public markets soon. Zynga may have evidence on their side.

Having said that, I will conclude as I started this article. It’s a slippery slope to sue people for copy infringement when your own games borrow so much from others. Zynga may be in right, have the money to win this lawsuit, and end up losing the public relations battle.