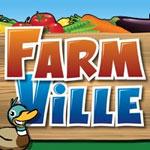 Zynga plans on selling an organic blueberry crop in FarmVille next week from Cascadian Farm, an organic food subsidiary of General Mills, according to a New York Times article. Virtual farmers will be able to grow the organic crop, learning more about how organic food are grown and having fun with the brand.

This is a brilliant promotion in two ways. One, it’s socially responsible for Zynga to expose its 60 million monthly virtual farmers to how organic food is grown in a fun way. I honestly believe this could get more people to try out organic food. Compare this experience with a kid blowing someone up and running over people with cars in popular hard core video games, and it’s no question how much better casual games content is for players to learn to be good in this world than hard core video games.

Two, this is an ad so Zynga is getting paid to do this. And, its revenues Zynga does not have to share with Facebook.

This is not the first time Zynga worked with brands in FarmVille, successfully creating co-promotion relationships with Green Giant and 7-11. It is the first time they have sold an integrated sponsored ad item in its games. If it works, I imagine it will not be the last.

Two other random thoughts about this article: