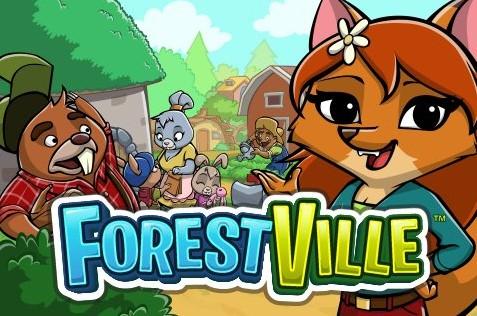 Over the weekend, news broke that Zynga had gone on something of a domain buying spree for anything it could get its hands on with the name ForestVille. PlayForestVIlle.com, ForestVilleGame.com, Forestville.co.uk – you name it, they bought it (expect ForestVille.com – believe it or not, that was already taken). Then, as quickly as that news broke, word of a Facebook preview page for the game hit on Monday. And as quickly as that happened, it was taken back down. Luckily the eagle-eyed folks at both Fusible.com and Games.com had a chance to look it over before it vanished. And guess what? This Ville is heading to iOS.

“Watch your own forest habitat come to life in ForestVille by Zynga! It’s coming soon to your iOS mobile device!”

Earlier this year Zynga had declared a new commitment to mobile, and over the last few months has proven it with iOS exclusives like Mafia Wars Shakedown and the surprisingly sublime Dream Zoo. Taking their biggest brand, the loosely connected “Ville” franchise, and making the next series an iOS exclusive is a HUGE step in reinforcing that commitment.

So what will players do in ForestVille? According to that same Facebook page, “Help Daisy the fox and her furry friends build a fabulous forest habitat! Establish farms and fishing spots for food, decorate with natural wonders, and expand your forest to unlock new species. Play ForestVille from Zynga and create the forest of your dreams!”

No further details are available at this time, but it sounds an awful lot like an Ewok Village spin on CityVille (note to self – call LucasArts). Be sure to follow ForestVille right here on Gamezebo for our complete preview once more information is available.