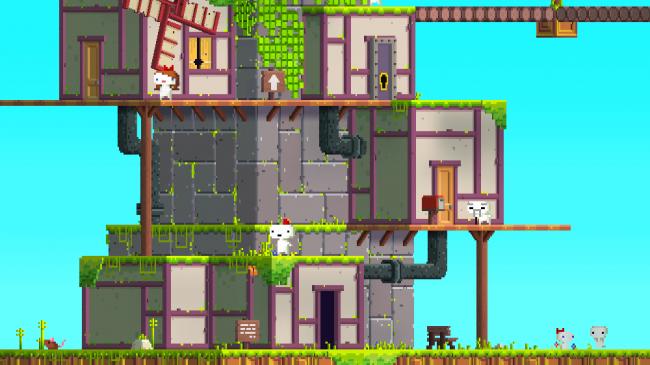 If you’re a fan of Xbox Live Arcade, Indie Game: The Movie, or waiting 5 years for a game, chances are you’re intimately familiar with the Polytron-developed gem known as Fez.  Few games on the indie scene have had as notable (or as lengthy) a buzz as this one, and according to a recent tweet from @Polytron, that buzz attracted the attention of a surprising potential publishing partner.

“ZYNGA approached us to port FEZ to mobile,” reads the tweet. “we politely refused. so, look forward to Zynga’s FEX any day now, i guess!”

It’s a cheap, but fairly common shot at the social gaming giant.  Despite all of their success (eternally sliding stock price notwithstanding), Zynga has frequently been at the wrong end of cloning and copycat allegations.  The most recent of these is EA’s lawsuit over The Ville – a pretty clear and blatant copy of The Sims Social.  Before that, they were sued by SocialApps over the similarities between FarmVille and myFarm, sued by the creator of Mob Wars over the similarities in Mafia Wars – the list of copycat allegations goes on and on.

I suppose if we’re really looking to get to the heart of the Polytron tweet, we need look no further than the situation earlier this year with NimbleBit.  Zynga allegedly tried to buy NimbleBit because of their success with Tiny Tower, and when NimbleBit said no, Zynga went again and made a Tiny Tower clone regardless.  It would seem as if Polytron’s Phil Fish doesn’t want his game to suffer the same fate.

While the tweet from Polytron was certainly warranted considering Zynga’s checkered past, I can’t help but feel a little bad for the big Z.  Despite their current situation with EA, it really does seem like they’re trying to change their ways.  Going by their track, I would think that the Zynga of three years ago wouldn’t have contacted NimbleBit or Polytron at all – instead they’d have just made their clones with wanton disregard for the original developers (and fistfuls of cash as a result).  By offering to buy/publish before cloning… well, ok.  It’s still a crap move.  But it’s less of a crap move, and isn’t that at least a step in the right direction?

And with their publishing program now in place, Zynga seems to be giving developers the opportunity to get a Zynga-level of exposure without the threat of major competition.  Of course given Zynga’s history, some developers (like Polytron) might view this as something of a mafia-era protection scheme.  “You’ve got a real nice game here. It’d be a real shame if somebody decided to come along and ‘clone’ it.”

It’s a hard situation to be in.  Despite some genuine efforts on their part, Zynga seems to be having a hard time shaking that negative stigma.  If you were Zynga, what would you do to improve your reputation?  How would you gain the trust of developers like Polytron?