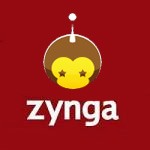 While there’s no official confirmation from either Zynga or Astro Ape, it looks like the studio behind mobile social successes like Monsterz Revenge and Office Heroes has just become the latest acquisition by the social gaming giant. How do we know? Astro Ape’s CEO Chieh Huang, as well as several other staffers, have just updated their Linked In profiles to show their place of employment as “Zynga NY.”

What’s surprising though is that Astro Ape seems to be joining Zynga after spending the last year being courted for acquisition by Japanese social giant DeNA. In September 2010 Astro Ape received a notable investment from the Japanese company, and touted it as their chance to expand in Asia while helping to expand DeNA’s footprint in the US. In fact as recently as August 2nd Astro Ape Studios were using their Twitter to retweet glowing news articles about DeNA’s Mobage platform. Clearly this is a company that Astro Ape felt a connection to. So what happened? Did Zynga simply make Astro Ape an offer they couldn’t refuse?

Regardless of what the details of the actual deal might be, it’s pretty clear that Zynga has some deep pockets. If confirmed, this will be their 15th acquisition in 13 months. It may sound like they’re spreading themselves thin, but a lot of these acquisitions are already paying off – just look at the success of the Zynga With Friends studio’s recent Hanging With Friends, or their porting of Words With Friends to Facebook.

Does Zynga really want an office hero of their own? Or was this just the monster’s revenge, keeping another social company out of the hands of the competition? Either way, it should be interesting to see just how this supposed deal shakes out.