Zynga layoffs hit 18% of all employees 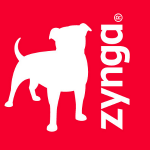 If teen idols like Justin Bieber have taught us anything, it’s that a meteoric rise is often followed by an equally meteoric fall.  Such appears to be the case with Zynga.  Today the company confirmed that its latest round of layoffs will reduce their workforce by another 18% by August. That’s 520 employees.

In addition to the layoffs, All Things D is reporting that Zynga’s New York, Los Angeles, and Dallas offices will be closing, and that they’ll be slashing “other major infrastructure costs.”

This follows not long after similar sobering announcements: in October the company saw massive layoffs across three studios; in February Zynga closed their offices in Austin, Baltimore, and consolidated all of their New York City staff under one roof.  We’ve seen games shuttered, we’ve seen notable personalities jumping ship left and right – there’s little reason to believe in a light at the end of this tunnel.

But not everyone is as pessimistic as I am.  In a letter to employees (that appeared on Kotaku), Zynga CEO Mark Pincus states that today’s layoffs are an unfortunate side effect of the company’s shift towards mobile that was announced earlier this year.  “These moves, while hard to face today, represent a proactive commitment to our mission of connecting the world through games,” said Pincus. “Mobile and touch screens are revolutionizing gaming … By reducing our cost structure today we will offer our teams the runway they need to take risks and develop these breakthrough new social experiences.”

Pincus then goes on to say that the company has taken these actions proactively, and that Zynga is in “a position of financial strength” and will provide “generous” severance packages to those affected.

On the one hand, Pincus seems to be a savvy enough business man.  He knows that to survive in a changing landscape, some pretty gut-wrenching sacrifices need to be made.  But in making those sacrifices, the public perception of Zynga has dropped. It’s hard to look at the past year and not see them as a company in freefall.

Terraria digs a new home on mobile this summer