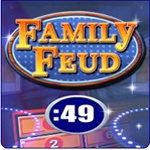 In a prepared statement, iWin President Peter Negulescu said that BrandBoost introduces an advertising model into Family Feud that “seamlessly integrates brands into the gameplay flow while delivering value to players.” Players who don’t wish to purchase episodes can be involved in the game for longer periods of time.

According to Inside Social Games, a tiny percent of the overall social games population– well below 10 percent–will ever actually pay for virtual goods or currency, leaving a huge opportunity for brands to step in and help developers monetize the other 90 plus percent of users who are not spending real money.

“So far advertising has remained only a small part of the social games industr’s revenue, which we attribute partially to the lack of standardized ad units for games,” said Atul Bagga, analyst with ThinkEquity. “However, we believe that consumers value the content and are willing to engage in or watch ads in lieu of in-game currency, which leads us to believe that it could be a compelling opportunity for the publishers as well as for the advertisers.”

Globally, there are more than 200 million people playing games on Facebook each month; and in the US, Facebook users are expected to spend $1.6 billion this year on virtual goods, according to ThinkEquity. Family Feud currently boasts about 7 million monthly active users.