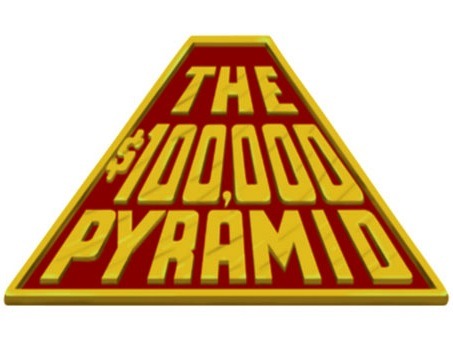 iWin has released a string of successful television game show adaptations and the developer is showing no signs of slowing down. Today, iWin announced it’s next adaptation will be none other than The $100,000 Pyramid.

The “pyramid” series of game shows began in the 1970s with The $10,000 Pyramid, before eventually reaching the $100,000 mark in the mid-80s. According to iWin, the Facebook version will play much like the TV show did. Here’s the description:

“In the first round, players compete in three categories where they see clues to help them guess the correct category terms. Players can earn bonus game cash when they complete a ‘BIG 6’ by getting all six clues correct in one category. If they score enough points in the first round, players make it to the Winners Circle where they encounter their last challenge – get all three categories right to win $25,000 in game cash. Players can then invite their friends to join the fun when they ‘Pass the Pyramid’ for the chance to win $100,000 in game cash. Leader boards fuel even more social fun with The $100,000 Pyramid on Facebook.”

The developer has already had plenty of success in the board game space, releasing Facebook versions of both Deal or No Deal and Family Feud. The $100,000 Pyramid is expected to launch later this summer.