It’s not really Christmas without an Angry Birds lights display 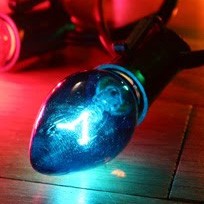 Tis’ the season to be jolly, bit tis’ also the season for Christmas light displays on YouTube. Over the years, we’ve seen every kind of crazy, sync’d to Beethoven’s 5th, hundred thousand light display you can imagine – or so we’d thought. This year though, the folks behind 2009’s awesome Guitar Hero lights display have decided to tackle everyone’s favourite avian assailants.

According to the YouTube descpription, their 2011 Angry Birds display is “running on two computers and 10 Light-o-rama 16 channel controllers, uses more than 20,000 lights and less than one cent of electricity per game.” They also describe it as “easier than the iPhone version, and bigger too.”