Is Zynga “cooking” up a new game? 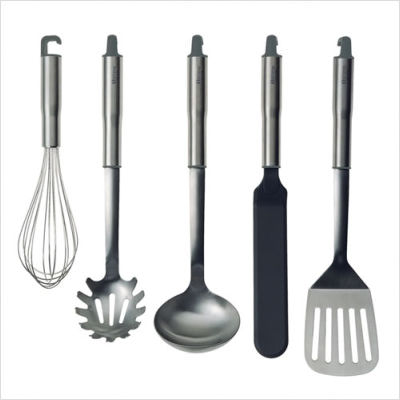 There’s never a dull moment in the Zynga kitchen. There’s always something on the stove, readying to be the next course for social gamers who are just now munching on whatever Zynga has served up last. What’s with all of the cooking metaphors, you ask? Well isn’t it obvious? Zynga’s next game might just put players in a chef’s hat!

Games.com is reporting that a new survey was sent out to certain Zynga players in the past week, and it’s a survey that gave a possible hint about the next title the big Z has in the works. Specifically, what you’d think about the following game concept;

“Cook delicious food! Craft over 200 recipes in your world-class kitchen using fresh, exotic ingredients collected from local merchants, your garden, and your friends. Use top appliances to whip up amazing dishes that delight your customers and friends, and build the restaurant of your dreams.”

The survey then goes on to ask your opinion of different potential features, like visiting the restaurants of celebrity chefs or cooking using real world brands. Clearly this is a game with marketing in mind – not that that’s necessarily a bad thing. I’d rather play a cooking game that puts players in the eateries of top Food Network chefs than one that has me visiting the dingy diner that my Level 5 aunt built to click on patrons once a day.

Interestingly enough, this wouldn’t be the only big chef moment in casual gaming recently. Back in November, HSN star Emeril Lagasse was added to the mobile version of Cooking Dash.

Will Zynga’s next game be their first new step into the restaurant business since Café World? Stay tuned to Gamezebo to find out!

Gene Simmons in talks to make an Angry Birds/KISS deal