Home / News / Is Weboolu the virtual console of the future?

Is Weboolu the virtual console of the future? 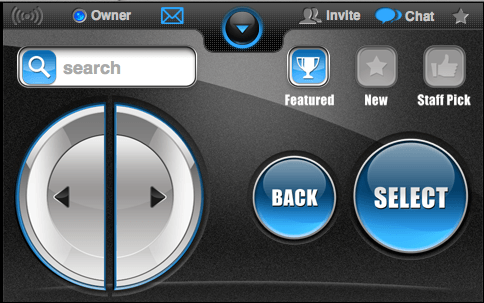 Imagine a games console of the future where you don’t have to buy a piece of hardware and connect it to your TV.  Instead, your browser is the console and your smart phone is your controller. This is the vision of Weboolu, a new gaming start-up based in Israel aiming to create the next generation console with the casual gamer in mind.

According to Itay Gur and Gur Zeevi, founders of Weboolu, casual gamers want games which they can play with their friends, the experience should be laid-back, and the games should be always available, no matter the device you have.

Their solution is an HTML5 app that users can download on their phone and easily sync with any device, including computers smart TV’s, or other mobile devices.  Basically, anywhere you can run a HTML5-enabled browser, you can play games on Weboolu.

“Game developers are provided an API to plug their games into the platform and design a control scheme for their particular game.  This is a key feature, because the consensus in the games industry is that the iPhone (or Android phones) by themselves make for bad game controllers due to their form factors.  This is a reason Apple has yet made the leap to releasing an AppleTV device that competes with game consoles, as many have suggested to me.

I was a skeptic, but the game controller schemes Weboolu showed me during their demo (a card game, a puzzler, and a music/Guitar Hero-style game) were intuitive and easy to play with.  Weboolu has actually turned a smartphone into a game controller — something the user interface experts at Apple have yet to successfully do (kudos to them). 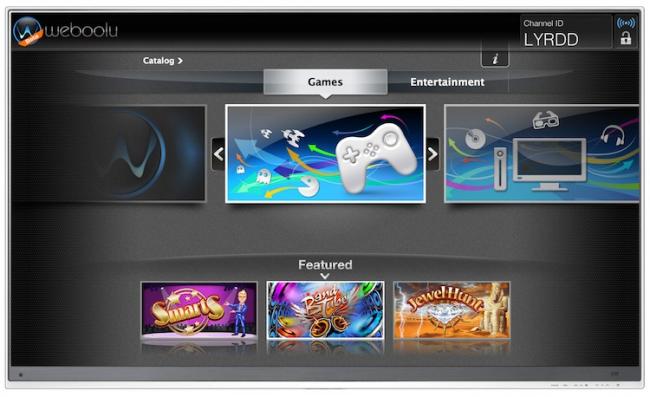 “Weboolu also offers a social game platform with user profiles, matchmaking and leaderboards, as well as a marketplace to sell and purchase virtual items.  And, the platform works with games created in Flash, Unity, as well as HTML5.

If this sounds like a huge challenge for a company of six to pull off, you’re right.  This is a classic chicken and egg problem, where you need the game developers on board to convince the Sony’s and Samsung’s of the world to integrate the platform in their TV’s, and vice versa. 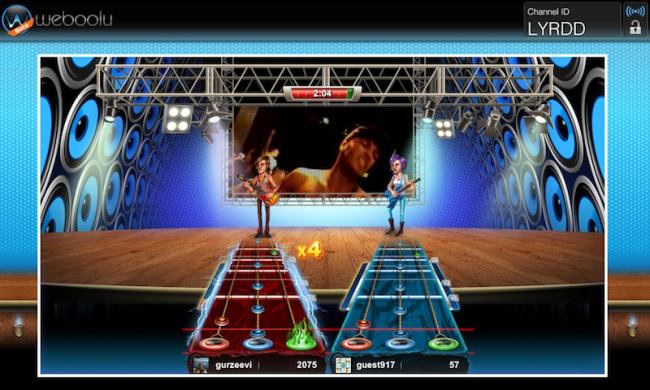 A bigger challenge, however, would be to actually create the hardware itself.  This is the plan of OUYA, which aims to create and sell a hackable Android-based games console for $99.   Here at Gamezebo, we’ve been very excited about OUYA and the gaming community agrees, helping Ouya raise more than $7 million on Kickstarter!

And yet, call me still a bit of a skeptic.  I love the idea of OUYA, but I have no clue how in the world they plan to manufacture and sell a games console by next year for only $99.   If Microsoft, Nintendo, and Sony have to sell their consoles at a loss, how will OUYA sell profitably at $99?

But, I digress.  My point is, Weboolu has huge challenge bringing its virtual console of the future to the masses.  But its strategy of making the entire platform virtual, HTML5-based, and playable on devices you already own is brilliant.  It’s far easier to partner with device-makers than make one yourself.  OUYA may sound sexier, but Weboolu may end up on top.
I asked Itay Gur and Gur Zeevi about OUYA.  Their response, naturally, was that they viewed OUYA as yet another hardware maker to possibly partner with.

Weboolu is currently testing in beta and should be available to the public by September 2012.

Facebook gets its first gambling app in the UK