Home / News / Is Valve making a game console or not?

Is Valve making a game console or not? 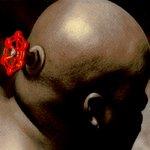 The answer is not, according to an interview by Kotaku with Doug Lombardi of Valve.

Earlier this week, we reported the rumor that Valve which runs Steam, among the largest digital distribution platforms for games on the PC and Mac, was working on the “Steam Box.”

Valve is working with different types of hardware as cited in the original speculative article by The Verge. But, it’s to test its upcoming feature, Steam Big Picture Mode UI, not to build a console to compete with Microsoft, Sony, and Nintendo.

Valve specializes in game development and distribution technology for the PC which is a completely different beast than hardware and technology that enables game play (or even video) on the TV. Google has been at it just with video only and has failed so far for years and we’re now on version 5 (I’ve lost count) of Apple TV. It’s natural that Valve wouln’t want to move from the PC to the TV yet.

The good news for Valve and anyone else interested in this space is that we have learned that there is a demand for a game console to play hard core games on the TV. As the console makers have moved to motion sensors and magic wands and more casual game play, hard core gamers may be feeling ignored.

Valve does not have the technical chops to pull this off now, but if anyone can design the hardware and software to create a more hard core leaning console, Valve does have the engineering DNA and money to make this happen in the future.