Home / News / Is Timberman the Next Flappy Bird?

Is Timberman the Next Flappy Bird? 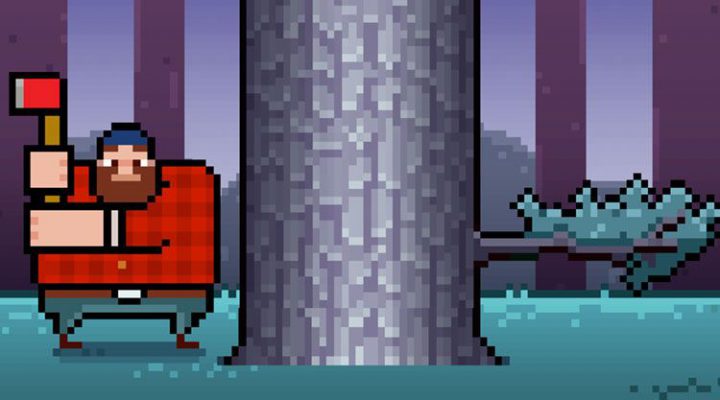 My gut says yes. Timberman, a game you probably haven’t heard of yet, skyrocketed to the App Store’s Top 10 over the last few days and is currently the #2 most popular free app, even beating out Kim Kardashian.

Like Flappy Bird, Timberman is crudely simple. Players will tap left and right to move their lumberjack (aka, Timberman) from one side of the screen to the other as they chop a tree. With each chop, the branches above you get closer. If one of them should hit your Timberman, it’s game over.

While it sounds devilishly simple — and remains as such if you take your time — the game adds in a timer system that punishes gamers that dilly dally. Each chop refills your timer by a wee little bit, and the timer moves faster and faster as you progress, meaning you’ll have to whip yourself into a tapping frenzy if you want to succeed.

There’s also a pretty great carrot on a stick: Timberman has oodles of costume changes you can unlock by reaching new high scores, but also by reaching new accumulative scores (ie, total wood chopped). It’s the sort of incentive that can keep you playing all weekend (as it did me).

Timberman is free on iOS and Android, but also comes in a 99 cent “Golden Edition” on iOS that removes the ads. Do yourself a favor and get in on the next big thing before it becomes a household name.