Home / News / Is Star Wars: Knights of the Old Republic coming to the iPad?

Is Star Wars: Knights of the Old Republic coming to the iPad? 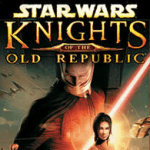 A long time ago (2003) in a galaxy far far away (their studio was in Edmonton), BioWare released what many consider to be the finest Star Wars experience to date: Knights of the Old Republic.  If you haven’t played it, don’t worry – there’s a new hope on the horizon.

IGN is reporting that Aspyr Media has accidentally announced the upcoming iPad port of a Star Wars role-playing game in the header of their “Memorial Day Madness” newsletter.  Rather than discussing the sale, the header reads “The critically-acclaimed Star Wars RPG is now available on iPad.”

While this accidental reveal doesn’t mention Knights of the Old Republic by name, IGN’s coverage really hits the nail on the head when it comes to reaching the obvious conclusion: “The company [Aspyr] is responsible for the original Mac port and has been increasingly active on the App Store.”  It’s not hard to put two and two together on this one.

Having said that, let’s all remember that this could all just be a fluke.  Maybe it’s an old newsletter template from a cancelled announcement.  Maybe the Sith are playing tricks on us.  Whatever it turns out to be, we’re going to have to file this as “rumor” for now.  Still, as rumors go, the force is strong with this one.