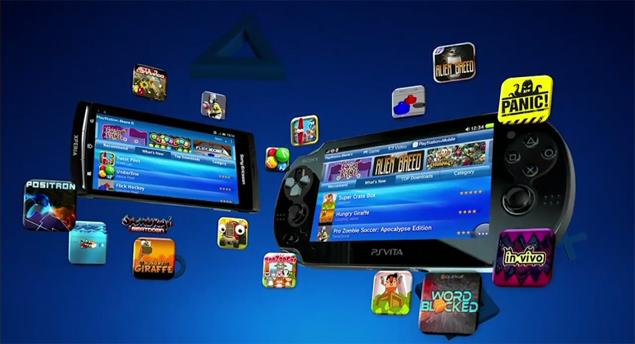 While it only launched earlier this month, PlayStation Mobile is an idea that’s been in the works for quite some time.  A dedicated Android storefront for “PlayStation-certified” devices, mobile gamers around the world had dreams of playing classic Sony franchises and PlayStation ports on their smartphones and tablets.  But then it launched, and we all saw what PlayStation Mobile really was – just another in a seemingly endless series of Android storefronts that does little to differentiate itself.

That’s not to say there aren’t great games – it’s just that the games aren’t anything out of the norm for the average mobile gamer.  So what, might I ask, was the point?

I gained a little insight into this question earlier today during a talk at Casual Connect Kiev.  George Bain, the Account Manager for Developer Relations at Sony Computer Entertainment Europe, and Neil Wood, a Senior Team leader with the same, took to the stage to make their pitch on why the PlayStation Mobile platform is the place to be.  What they had to say, though, didn’t sound terribly convincing.

“The main objective is to bring casual game creators to PlayStation,” said Bain.  A simple enough goal, it would seem – but that doesn’t mean they’ve provided a simple enough path for developers to do this.  Bain and Wood would argue quite the opposite; after all, there’s a ‘build once, go everywhere’ mentality to the program. But the problem is that developers can’t use a native programming language.  Instead, they’re forced to work in C#.   If they’ve already built their game using something else, they’re going to need to start their code over again from scratch.  And as any developer would tell you, that doesn’t exactly sound appealing.

On the bright side, a specialty store like this is bound to have curation, right?  They’re only going to pick and choose the best games to include on their market, meaning being selected to participate should shoot you to the top of their sales chart, shouldn’t it?  Not so.  In fact, it seems as though Sony has zero intention of saying no to crap games. “Pretty much all the content that is submitted is approved,” confirmed Bain.  “We have a few days of testing to make sure that the game doesn’t crash on our PlayStation-certified devices.”

Well… at least we know the games will work.

With no standards of quality to determine what does/doesn’t make it into the store asides from “does it crash?”, PlayStation Mobile isn’t offering anything to developers that they won’t find on Google Play.  What’s more, with a limited range of devices and a lack of support for native code, it almost seems counter-intuitive to develop for the platform.

That said, there are still some plusses to consider.  If you do decide to build once, you really can get it on multiple devices.  With seemingly thousands of handsets on Android creating a nightmare for developers trying to tweak for each one, there’s definitely something to be said for an off-the-shelf solution to fragmentation (even if it is only for a fairly limited number of PlayStation-certified devices).  And getting your games onto the Vita is pretty cool too.  There’s a lot of “can the Vita be saved?” talk around the web lately, but with an install base of more than 2 million, it’s nice to know there’s a captive market just waiting for new content.  After all – it’s not like Vita owners can just hop on Google Play. 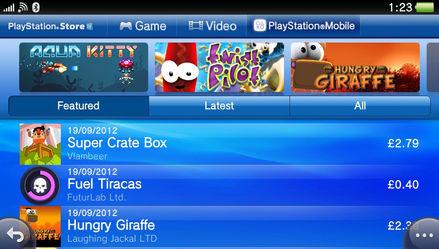 And if you don’t believe me, maybe Bain’s own words will convince you:

I suppose this all has me circling back to a question I’ve been asking since the Vita was announced: why not just make it a smartphone in the first place and enter the market full steam?