Home / News / Is Rovio getting ready to jump into the publishing game? (Casual Connect Kiev)

Is Rovio getting ready to jump into the publishing game? (Casual Connect Kiev) 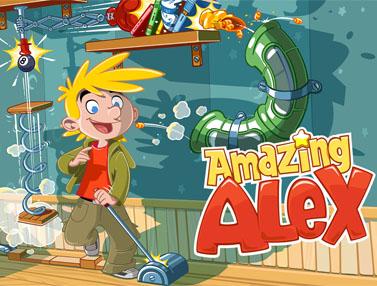 New faces in the publishing scene seem to be popping up everwhere.  From Zynga’s Partner program to companies like GREE and 6waves, everyone seems to know the secret to helping developers get their games in front of more eyes.  Is Angry Birds creator Rovio the latest notable name to jump in the fray?

Earlier today at the Casual Connect conference in Kiev, Matt Wilson took the stage to talk about the important role marketing played in Rovio’s recent successes.  Matt is Rovio’s Senior Manager of Publishing, which is a title that in and of itself speaks volumes about their future intentions.  And while we gained an interesting take on Rovio’s unique approach to marketing, Matt said a few things that really perked our ears up about the company’s other plans.  Namely, publishing;

“Amazing Alex was a great way for us to test our distribution power, and if we do start becoming a publisher, we know that whatever we put out we can really brute force to the top of the market.”

For those not in the know, Amazing Alex was Rovio’s first attempt at working with an outside company.  Specifically, they’d acquired the IP for the game Casey’s Contraptions from developer SnappyTouch and reworked it into a Rovio-published release.  When that happened, the possibility of other third-party partnerships (ie publishing deals) certainly seemed more likely.

It should probably be stressed that this isn’t the first time Rovio has mentioned the possibility of publishing – back in February, CEO Mikael Hed said that it was something the company was considering.  Having said that, Rovio is also a company that likes to play its cards close to their chest – which is what made Matt’s frankness so surprising.  During the Q&A period after his presentation, Matt provided a little more insight into Rovio’s thoughts on publishing;

What are you looking for as a publisher?

“We’re looking for very casual games that appeal to everyone…Most importantly, it has to have two eyes.  If you can make a plush toy out of it, then we’re interested.”

Have you already signed some games for publishing?

With only two months left in the year, it sounds like Rovio publishing news should be coming sooner than later.  Just give them a little time to get Angry Birds Star Wars out of the way first.