Is Nexon about to buy EA? 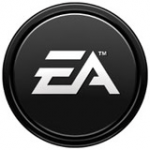 According to the rumor in a Bloomberg video report this morning, South Korean free-to-play giant Nexon made a bid to purchase North American game developer, Electronic Arts. While this news in itself is pretty unexpected, the fallout so far has been equally surprising.

Just hours after the rumor began to circulate, EA’s stock saw an 8.1% spike to $16.23. It seems Nexon, whose revenue is comprised almost entirely of web and download games like Maple Story, might actually have some purchasing power over Electronic Arts, producer of AAA franchises such as Mass Effect, Battlefield, and Madden.

While the story is just conjecture until actually proven, this positive investor reaction will help push another speculation: digital distribution just might be the future of gaming.

EA, which will be turning a whopping 30 years this May, has been in a bit of an identity crisis in this area. As a longstanding veteran of physical games for consoles, EA has slowly pooled its resources into making a name for itself in the realms of social and mobile gaming, competing with top dog Zynga for the number one spot.

After “winning” the vote for worst company in America 2012 by Consumerist readers, EA hasn’t exactly been glorified by the media lately. Many of the harshest recent criticisms for EA stem from digital-based decisions, such as downloadable content. While the award itself is pretty questionable when compared to the practices of Bank of America and at&t (also in the contest), it goes to show that videogame consumers are extremely outspoken.

Nexon, on the other hand, has been producing solely digital content since 1994, and have been able to thrive in today’s gaming market with very little change. Expected to make a 53% increase in profit this year, their hold on the digital economy is likely here to stay.

Is an actual Nexon purchase of EA likely? Not very, according to ShackNews. Besides the fact that EA’s market cap is too large to allow for a feasible purchase from another company, a purchase would be bound to cause confusion amongst consumers. Both EA and Nexon are geared specifically for the demographics of their own countries, and both have radically different philosophies in game design.

Even though an actual purchase will likely never go through, the rumor (and results in the stock market) is an impressive testament to Nexon’s growth in the online marketplace.

Additional rumors state that Nexon has been approaching multiple global electronics companies for expansion, so this likely won’t be the last time we hear from Nexon. If Nexon’s trends of upward growth continue, this kind of story might actually become a reality in the near future.

TinyCo to Devs: There’s gold in them thar’ Droids!

The Pocket Minefield: Things to consider before you go mobile