Is Microsoft looking to bring Xbox Live games to Android and iOS? 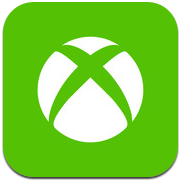 Microsoft has made no secret of how it wants to tie its Metro interface across as many devices as possible. At the moment, these devices include the Xbox 360 and Windows Phones, but rumor has it that Microsoft is getting ready to launch Xbox Live titles on iOS and Android smartphones.

According to Business Insider, rumors first began when a job posting for developers with iOS and Android experience. Though it didn’t really go into much detail about the position, it did mention that the department, Interactive Entertainment Business, works to bring gaming and entertainment apps to mobile platforms including iOS “and other mobile platforms.”

Meanwhile, a developer who works with Microsoft claims this is the plan, stating “Xbox is a client of ours. There’s no way they’ll be ignoring those other mobile platforms.”

Up until now, Microsoft’s ace in the hole for Windows Phone 7 has been Xbox Live; ads for the device regularly brag that the phone is the only one with the service built in. However, there’s no denying that Android and iOS devices own massive parts of the market, and it makes a lot of sense that Microsoft wants to gain access to audiences of that size.

Of course, Microsoft has yet to officially make any announcements, but considering they’ve already released an Xbox Live iOS app and brought the Windows Phone 7 version of Kinectimals to iOS, it sounds like it’ll only be a matter of time before one comes out.

Three new iCade models are on the way

Minecraft – Pocket Edition to get a massive update February 8th