Home / News / Is Caitlin Burke the greatest Wheel of Fortune player ever?

Is Caitlin Burke the greatest Wheel of Fortune player ever? 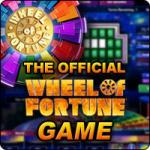 Pat, I guess she will not need to buy a vowel. Caitlin Burke, a New York fashion editor solved a puzzle a puzzle on Wheel of Fortune with only one letter on the board.

The letter on the board was “L” and the solution was “I’ve got a good feeling about this.” It was a prize puzzle, so for her 10 seconds of pretzel (I mean, puzzle logic, blogger rule #1: reference Steely Dan whenever you can) won her a free trip to the Caribbean.

Host Pat Sajak, the driest man on television, appeared blown away, quietly exclaiming, “that was the most amazing solve we ever had.”

You can view the video of Caitlin Burke solve a Wheel of Fortune puzzle with one letter below:

But, that’s not all. The next puzzle was a “toss up” which means you watch letters appear in the puzzle and you have to buzz in to guess. What’s fascinating is that Rick, Caitlin’s opponent, guesses the puzzle, “Original Cast Album” correctly but a second too long and is buzzed off. Caitlin’s then guesses the exact same answer and wins the $3000 prize. The frustrated look on Rick’s face is palpable. You can see him thinking, this game is rigged!

In the next round, Caitlin almost does a bad spin, but she lucks up on the spin and wins the round again and then she wins $30,000 in the bonus round. All in all, she won over $53,000 by being on Wheel of Fortune for a half a hour.

Truly, the greatest player in Wheel of Fortune history.

Now to see how she does on the Facebook or iPhone versions of Wheel of Fortune.