Home / News / Is Apple gearing up to launch a cheaper iPhone?

Is Apple gearing up to launch a cheaper iPhone? 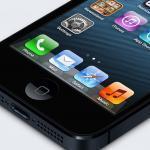 Sources “briefed on the matter” have informed the Wall Street Journal that a cheaper model of the iPhone is in the works. Although this isn’t the first time such a rumor has surfaced, never before has it seemed so possible: Apple has already waged war on the 7-inch tablet with the iPad Mini, so who’s to say they aren’t ready to compete with the cheaper Android smartphones on the market?

One possible route the company is considering—again according to sources—is to retain the same form factor, but replace the aluminum body with polycarbonate plastic. Additionally, parts recycled from older iPhones could be used in the production of these new models, cutting the costs even further. Beyond those few points, however, details about the rumored phone’s hardware and performance are nonexistent.

The device could launch as soon as this year, which seems as good a time as any. The Samsung Galaxy S III recently overtook the iPhone 4S as the best-selling smartphone on the market, and Android sales have dwarfed that of the iPhone’s in developing markets. Now seems like the time to strike, if they’re really going to.

Which isn’t to say there aren’t any sticking points. A cheaper model could encourage people to forego Apple’s more expensive phones, which may have a serious effect on their profits.  But one could make roughly the same argument about the iPad Mini, and that seems to be working out pretty well for the company.

Only time will tell what Apple truly has brewing, but I wouldn’t expect any sort of official confirmation or acknowledgment for a while. They love themselves some secrecy.