Home / News / Is Angry Birds coming to the PC?

Is Angry Birds coming to the PC? 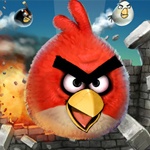 At only 99 cents a download and offering hours of challenging gameplay, Angry Birds has cemented itself as the #1 selling app on the iPhone’s App Store since its debut in early December. And with gameplay like this it’s no wonder. The challenging physics-based experience has received critical acclaim from users and reviewer alike. We even gave it four stars. In the face of this success, developer Rovio is bringing the game to a number of varying devices. Could the PC be next?

Since its iPhone debut, Angry Birds has already seen tailor-made versions appear on both the iPad and the Nokia Mameo. In a recent communication with BrutalGamer.com, the team has also confirmed that they’d like to bring the game to the Android Marketplace as well. Now it looks like they might be moving on to their biggest platform yet: the PC.

A recent job posting on the Rovio site is looking for someone to fill the role of “Game Programmer, PC” for their Mobile Studio in Helsinki. While far from confirmation, given the studio’s recent push to get Angry Birds on other devices and the fact that this is a PC programming job in their mobile game development studio, it’s not much of a stretch to think that all signs are pointing to a PC port.

File this one under rumor for now, and while we wait for confirmation, why not drop $1 and pick up the iPhone version? You’ll be glad you did!

TriDefense, Tap Jungle and more! Free iPhone Games for May 11, 2010