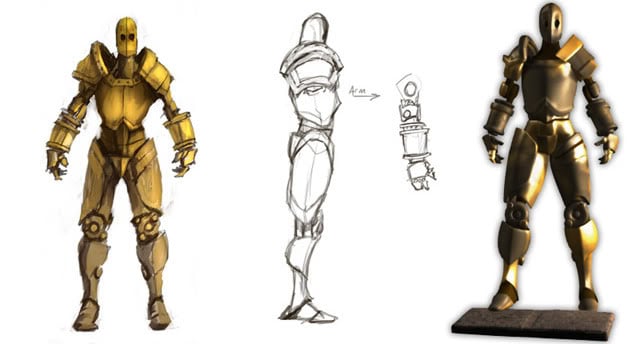 Brothers Pallav and Gaurav Nawani are the founders of IronCode Software and the creative team behind the adventure game Pahelika: Secret Legends. We caught up with Pallav and Gaurav to learn more about their studio and the inspiration behind Pahelika.

Thanks for taking the time to speak with us. Please tell us a little bit about yourself and IronCode Software.

IronCode consists of two people: brothers Gaurav and Pallav. We are currently based in Dehradun, India.

Pallav: I am the game designer and the programmer for IronCode. I am a creative person, and I like designing games! I also like painting & photography. And walking. I love walking.

Gaurav: Hi, thanks for inviting us, its a pleasure talking to you. My name is Gaurav Nawani. My strengths are 3d Modeling, texturing and lighting. I have various interests. I don’t believe in sticking to a single hobby or a regime, though a few hobbies that have stuck with me are computer games, photography and biking. Latest hobby that I have picked up recently is white water river rafting. I love challenges.


Where does the name IronCode come from?

Pallav: IronCode signifies that we create solid, reliable software. When we were thinking of a name for our company, we noted that a lot of company names seemed to be created by two words put together. So I  wrote a script that combined a list of words in various ways. IronCode was the best word the script came up with!

Gaurav: As long as I remember, we have shared the passion for playing games, and always had this dream about developing our own game. Back in 2000 my brother completed his M. Tech from Bangalore and secured an excellent job at one of the best engineering companies in Bangalore. At that time I was pursuing my post graduation. One day after returning from a trip to Japan he decided to leave his job and asked whether I would be interested in creating graphics for a game idea he had. I was.

Your studio is based in India. What is the game development scene like there?

Gaurav: India has a pretty vibrant game development scene. However I would stop in my tracks and add that it is mostly outsourcing of various parts of a game development. Right now there is not much work being done in developing IP.  I personally feel its mostly the lack of exposure to full game development and small indigenous game market that is hindering the jump-start phase. 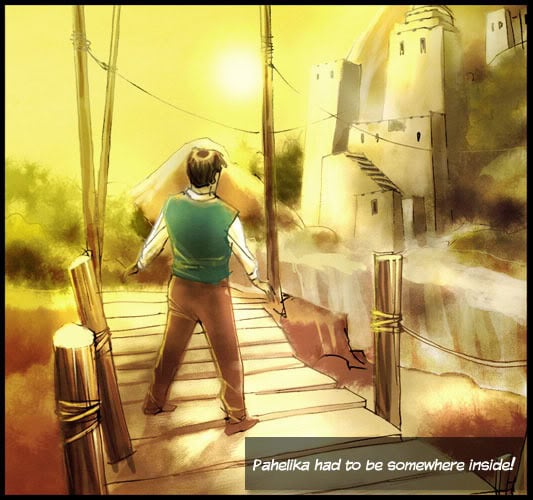 What was the inspiration behind your latest game, Pahelika: Secret Legends?

Pallav: I wanted to make a game that makes the player feel that he/she is actually going through an adventure. The idea was to give the player a sense of wonder as he/she reaches the various locations in the game.

After developing Angkor (a puzzle game) and RiotBall (a Breakout-style brickbuster), why did you decide to get into adventure games?

Pallav: We like adventure games, that’s why. We make the kind of games we ourselves enjoy playing. Although we had fun with both Riotball and Angkor, we were late to the market with both of them.

I’ve never been a fan of Hidden Object and Time Management games, so making those was out of question. So we thought about the sort of game would enjoy making and felt that an Adventure game would be fun to make and it would also resonate well with the market.

How would you describe Pahelika‘s design process? Easy? Difficult?

Pallav: It wasn’t easy, but I wouldn’t say it was difficult. I would say it was challenging and fun. Balancing the difficulty of the game and ensuring that the game is long enough proved to be a tricky task. Coming up with new puzzles wasn’t easy either, but it was fun. It is very satisfying when you come up with a new puzzle that works.

Are there any funny or interesting stories about the development of Pahelika that you could share?

Pallav: I designed each location in the game about three times!
Midway through the game I realized that the game did not feel like an adventure at all – it felt just like a bunch of puzzles thrown together. I wasn’t happy with it at all, and neither was Gaurav. So I went back and re-designed the entire game from scratch. That set us back a few months, and a lot of art had to be re-done, but the end result was much more satisfying.

What games are you playing right now and enjoying (other than your own, of course!)

Can you give us any hints about your upcoming projects?

Pallav: A sequel to Pahelika: Secret Legends is planned. It picks up the story from where this one ends. The player is forced to deal with the consequences of his actions at the end of the first game. A small fantasy role-playing game (RPG) called Three Kids Story is also in development. It details the misadventures of three kids, and how they come to terms with the big, bad world.

Gaurav: We appreciate all the love and affection we get, and also the criticism, because it helps us to make better games!