Iron Man rockets on over to Marvel: Avengers Alliance 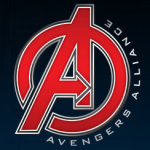 Iron Man is basically everywhere right now. Iron Man 3 is hitting theaters on May 3, an officially licensed game of the same name just hit the App Store (we thought it was okay), and now the character has wiggled his way into Marvel: Avengers Alliance. Superheroes sure do have a lot of energy.

Iron Man’s appearance in the game comes in the form of a new Special Operation, which features a new storyline, new villains and heroes, and all sorts of armored suits. Seriously, how many suits does Tony Stark need?

In any case, players will also be provided the opportunity to play as Pepper Potts, whose Rescue armor is modeled after what we saw in the Invincible Iron Man comic book series.

Additionally, if you have a little cash burning a whole in your wallet, you can purchase extra armor suits like Iron Man’s Mark 42, and War Machine’s Iron Patriot. Just make sure you save enough for popcorn and a movie ticket come May 3.