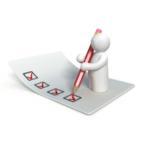 When people talk about the mobile industry, a lot of the buzz tends to surround the iPhone revolution. The changing of the guard and explosion of the idea that people use the same device to text as they do to fill their video game fix. If a new survey conducted by Diner Dash creator PlayFirst and research firm Frank N. Magid has anything to say about it, however? Move over phones, and say hello to the real money makers: tablets!

In this year’s version of an annual study entitled “Magid Media Futures: Mobile 2012,” the pair compiled data on the mobile trends, paying close attention to the impact of the tablet market on the industry’s bottom line. Sufficed to say, the impact was huge. Where the average smartphone owner added about 10 games to their library during the course of the last year, tablet owners ring in at double that amount. 20+ games downloaded, making gaming the second most popular activities on tablets… behind only using the internet.

And once the games are there? They don’t lie dormant, either. 23% of tablet owners monetize, at a whopping average of $67 per user. Compare this to the 14% of iPhone owners who pay an average of $25, and you’ve got a nearly unbeatable argument for targeting development towards the iPad crowd. Another unbeatable argument? Free-to-play.

Whether you’re looking at iOS or Android, around 80% of all a user’s yearly downloads come from games with no fee at the gate, so to speak. This doesn’t mean premium experiences have no room to exist anymore, as some would prognosticate, but rather that you have to create an incredibly polished experience to be admitted to that 20%. It’s been said before, but free-to-play is not only an underdog no more, but an option developers need to at least consider when they start design.

Regardless of your preference, however, designing games is a good place to be it would seem. Half of all non-current gamers on smartphones plan playing a game in the next 12 months. You can argue till’ your blue in the face, but the home audience seems to agree: phones and tablets are most decidedly the gaming device of their future… and the future. And tablets in particular? They’re just getting warmed up.

The other, other social network: Zynga announces Zynga With Friends