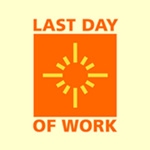 Virtual Villagers 2 is Coming and we got the inside scoop! Check out Arthur Humphrey’s Developer’s Diary for exclusive screen art and teasers!

If there is a “Cinderella” story in casual games, it would be Last Day of Work (“LDW”). Starting with handheld games, LDW have launched not one, but two PC casual game hits, Fish Tycoon and Virtual Villagers, in the past year. And no one can accuse LDW of creating clones. Fish Tycoon and Virtual Villagers are both based on LDW’s proprietary real-time game environment, so the game plays even when you are not there. We walked the 12 blocks to LDW’s office (literally, Gamezebo and LDW’s offices are that close) to talk to Arthur Humphrey, CEO and Lead Designer, to discover their secret of their success, the inspiration behind their games, and what future tricks they have up their sleeve.

When I first heard the name of your company, I laughed (I don’t know why, but I think it’s the funniest name I have ever heard). What is the story behind the name Last Day of Work?

The story behind the name is not nearly as interesting as people’s reaction to the name. We hope that it makes people think of vacation, even retirement…something positive. Usually it is received with a laugh or a smile, however a few people that must really love their jobs have reacted to the name Last Day of Work with genuine alarm.

What games have you developed that you’re especially fond of?

We had a really good time making Virtual Villagers. Once the framework was in place, just coding AI and behaviors and letting the villagers loose in their little environment has been a blast. I know emergent behavior is an overused buzzword in game design, but when it works correctly it can be very entertaining for both the players and the developers. Aside from our latest game, I have always been fond of Plant Tycoon, which we are currently bringing to desktop from PDA. We jokingly refer to it as the breeding sim for people who thought our Fish Tycoon was too fast and stressful.

What about other developers’ games? Anything new and interesting that has caught your attention recently?

We are, among many others, fans of the Mystery Case Files series which are an impressive lesson in masterful game creation. As Xbox Live Arcade continues to blur the lines between casual and core games, we also wonder if indie masterpieces such as Darwinia will start to cross over into the traditionally casual space.

We thought that bringing Fish Tycoon over from PDA would be more of a porting project, when in fact it took much longer to port it over to Windows than it took to create the game in the first place. The casual space is very competitive and one very popular way to compete is with production values, aka polish. On a PDA there simply is not much room for polish…it is very ‘old school’ and every pixel has to be accounted for. On the desktop, we are seeing 3D rendering used to create 2D polish, and people competing wildly with the quality of the look and feel of their games.

Every game developer dreams of one day creating their own game studio and creating hit games all by themselves. LDW is living that dream. How did you start LDW and what accounts for your success?

LDW started as a very safe experiment on the PDA. We were making games with very low development costs and short production cycles. Each profitable game let us devote more time and energy to the next. You can literally graph each of our releases and see that each one spawned a bigger and more successful game. This is a much slower approach to establishing yourself in game development, but it has kept us completely free of any external funding, which lets us take bigger risks with our designs. We get to “do what we want” for the most part.

Fish Tycoon has been the sleeper casual games hit of the year. It is also much different than any casual game out there (not your traditional 3-in-a-row puzzle game). Can you share with us the creative process in designing this game?

Fish Tycoon is definitely a slow-burning game. It seems kind of slow when you first play it in the same way it was slow to achieve recognition in the market. The premise behind the game is that 1) People love to have fishies in their computer/PDA/phone. I think that’s a pretty well-established fact. And 2) People love customization, in all shapes and sizes. The fish, the tanks, they are all customizable. The species of fish, while limited to a few hundred species, are still the result of which fish the player chose to breed together.

Your latest game, Virtual Villagers, is not a sequel of Fish Tycoon (managing little people is very different than little fish, as any parent or pet owner knows). Yet, it does share a lot of similar qualities. Can you provide us insights into how the two games are similar and what new twists you added to Virtual Villagers?

Virtual Villagers, like Fish Tycoon, runs in real time, and the player is doing a fair bit of breeding and managing resources. Those are some key features that the games have in common. Apart from that, we wanted Virtual Villagers to tell a story, but by using emergent behavior and through the actions and characteristics of the villagers, rather than a scripted pre-generated story. The stories that emerge from the game play are fascinating and when players post or email us these dramas, for example…about their favorite villager named Tofu who was the son of a farmer, but is now the top researcher, but he has a fear of water, and all his children are lazy, and so on…it is just amazing and hilarious.

Who do you think is the ideal player for LDW games? Do you think that will change in the future?

We think we are just a bit on the core side of casual, not quite where Wild Tangent’s Fate is but also not where the matching games are. As the ‘average casual player’ evolves and becomes a bit more sophisticated in their gaming tastes, we hope that our games are in the sweet spot and will be broadly appealing to these players without being too simplistic.

Though your games are single-player, they encourage a huge amount of community participation (our Virtual Villagers entries have generated more comments than any other game we’ve ever reviewed or previewed on Gamezebo). What do you think accounts for this huge online community interest and participation for your games?

I have always appreciated games that are engaging enough to motivate players to actually open up their browser and participate in discussions about the game. In our case it happens because of this emergent narrative that the games create. The players want to share the stories of the tribe, or their fish. In addition, there is the ‘stuck’ factor. Some of the things you want to do in our games–especially in Fish Tycoon–are much easier to achieve if you collaborate and share information with other players.

As mentioned, you started as a developer of games for handheld devices and now you are creating games for PC. What other devices are you interested in developing games for in the future?

We now fully support Mac and we are very happy about that. Coming from the PDA-side, where the stylus is very common, and now in desktop where the mouse is the interface of choice, we are a little biased towards this intuitive and natural method of interface. Pointing and touching (as opposed to aiming or twitching with a gamepad) is so natural. This makes the DS also very interesting to us. It is such a fun and risky handheld device–how can you not love it?

What are your plans (if any) to develop and launch LDW multiplayer games in the future? Will we one day be breeding and selling fish with each other online?

Our games, as you have already noticed, lend themselves well to community. They all have leader boards and in-game statistics that can be uploaded and compared to other players. Other elements, such as the unique fish breeds, are crying out for enhanced multiplayer support. I cannot go into any detail here, but their cries are not going unheard.

Ten years from now (god willing), I’m playing a LDW game. What will this game experience be like?

We feel like we’ve been on a journey with our fans and customers as our games get progressively more sophisticated and more unique. We are looking forward to continuing this journey and exploring some really wonderful, playful game designs that we have in mind. We are pleased that we have performed well on the casual game portals, because this means they will be more likely to indulge our inventive and unusual visions going forward. We will continue to develop several of the franchises that we have on the market now, but we have some completely new and exciting things that we cannot wait to get started on.

Can you give us any hints of your upcoming games?

It is known that we are developing Plant Tycoon for Windows and Mac, Fish Tycoon 2 is in design discussions, and we are also beginning work on a 2nd chapter for the Virtual Villagers series (yes, it is intended to be a series). With the infrastructure and AI we have invested in Virtual Villagers–not to mention how much fun we have working on it–continuing the story of the little villagers on the island of Isola is a natural choice. After some of these titles are complete, we will be creating something completely new and untested. Gamezebo will be the place to hear about it first of course ;).

Finally, any closing words for your fans out there?

We can never express our gratitude to our fans and community enough. They are so supportive and they have really helped us to shape the game designs. We enjoy interacting with the players and our fans every day, and as I said above, we really perceive it as a journey we are all making together. Oh, and don’t forget to pause your game before you go on vacation or all your villagers/fish will be dead when you get home.

Virtual Villagers 2 is Coming and we got the inside scoop! Check out Arthur Humphrey’s Developer’s Diary for exclusive screen art and teasers!