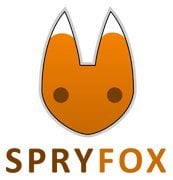 Triple Town was one of the few games to launch on Amazon’s Kindle eReader, but more recently the match-3 game has been making waves on social networks, with more than 150,000 people playing the Facebook version of the game. With the burgeoning success of the game, as well as a number of other projects currently under way, the development duo at Spry Fox is clearly rather busy. But Spry Fox’s David Edery took some time out to talk to Gamezebo about the company and how Triple Town will continue to grow in the future.

Tell us a bit about Spry Fox and how you got started.

Triple Town debuted on the Kindle. Why did you decide to target an ereader as the original platform for the game?

We thought that the Kindle represented an interesting emerging opportunity, and we needed a game that would not be hampered in any way by the device’s limitations (most obviously, the refresh rate of the screen and absence of a touch-sensitive interface at the time). Triple Town was a good fit.

The game is now on both Facebook and Google+. Was it always your intention to bring it to additional platforms? What made social networks a good fit?

Our philosophy is simple: if we have a game that people love, we want it to be everywhere. On their phone, on their tablet, on their computer and on their social network of choice. If console development wasn’t so expensive and time-consuming, you’d see more of our games there as well!

Obviously, we’re also very intrigued by the unique social characteristics of Facebook and Google+ and we’re eager to leverage that as much as possible. We’re just barely scratching the surface in Triple Town; there’s a lot more we should (and will) do with it to take advantage of what Facebook and Google+ have to offer.

How did the game need to be changed and updated to better suit the new platform?

It really didn’t need that much changing. The visuals had to be updated, but its a simple game so that wasn’t a big chore. A [free-to-play] revenue model needed to be added in, so we created the in-game store and move limits. At least one significant social element needed to be in place before we could launch the open beta, so we added leaderboards. And we refined the game design a bit based on feedback on the Kindle version. It was a few good months of work, which isn’t too bad at all. 🙂

How has the response been so far?

Pretty darn good! People who are willing to give the game a chance seem to really love it. We need to do more to ease players into the game — it is unusually deep for a match-3 game and not everyone groks it immediately — but in general, we’re quite pleased with the response.

Any plans for a mobile version of the game?

In addition to Triple Town, it also looks like you’re working with other developers to help with their games, such as Steambirds: Survival and Realm of the Mad God. How did those collaborations come about?

Do you have any plans for the future beyond Triple Town?

Well, we definitely want to flesh out Triple Town. It’s just the core of what we see as a much larger game; a whole Triple Town World really. And beyond that, we want to keep expanding Steambirds and Realm of the Mad God, and we have three other original games in development that we’re looking forward to releasing sometime between now and the middle of next year. It’s hard to look too far in the future when you’re juggling six projects!

I don’t know what to say, except “thank you so much!” There are a million games that anyone could be playing at any given moment. We’re so incredibly humbled and flattered by the fact that there are now lots of people who are playing and enjoying our games. We just hope that we can continue to bring fun into people’s lives. We have the best jobs in the world and never want to stop doing what we’re doing. 🙂