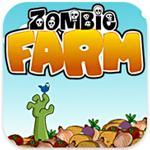 The latest update for Zombie Farm, the iPhone farming game with an undead twist, added a key new element to the game: social features. Players can now visit the farms of their friends, trade items, and even play mini-games together. We decided to catch up with Thomas Chung from The Playforge to learn more about the update and what we can expect to see from the game and developer in the future.

Why was now the time to add social features to Zombie Farm? What prompted the decision?

The Playforge’s goal is to be the developer whose games players search for in the app store when looking for casual social games on mobile. And also, it’s always been the intent for Zombie Farm to be played with friends. So, when we looked at the solutions out there, we felt like the best way to facilitate meaningful social interaction between our users was to build the social functionality ourselves.

How long was the update in the works?

We had been working on the social update since end of April, and so despite that we have many more features in the pipeline, we’re thrilled to see the initial launch.

How much does the social aspect change the overall experience? Is this something that could potentially make lapsed players want to return to Zombie Farm?

Our hope is that these social elements not only help friends bring back lapsed players, but help facilitate meaningful interaction that would enhance the overall experience of playing Zombie Farm. If you tag your friends’ zombies, their zombies get hungrier and that gives them the ability to invade faster and have a more enjoyable game session next time they come to the game, so now the interaction is purposeful.

The mini-game aspect is rather unique. How did that idea come about?

Vince, the co-founder and CEO, also provides the creative direction for the company. He came up with the idea while thinking about the fun things you could do with your friends that fit the game fiction and the playful spirit of the game but simultaneously were cooperative (hungrier zombies) and competitive (stats on fastest times) and were more meaningful than the typical shallow interaction of a popup menu and currency award.

Is it difficult to implement these types of features so long after a game has launched?

It’s always a challenge too coordinate large changes to a game, but some of the core beliefs The Playforge has are 1) to make sure that we only release products we believe in and 2) to make sure we support the titles on an ongoing basis so users can enjoy the game as it grows with them. We’ve had something like over 25 updates for this game since it launched,

Do you have other updates in the works? Can you talk about them at all?

More great content. Making it easier to share with your friends when you accomplish cool things in the game. And by popular request, more types of zombies coming!

We want to thank them for their continued support and let them know we have more updates coming for Zombie Farm as well as another great game coming out later this year! The new game is still a secret, but people who register their e-mails in Zombie Farm are gonna get first peek. =)

The Sims Social down already, listed as coming soon