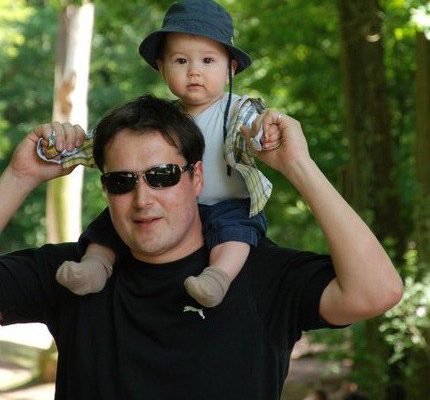 Shadow Fight is an interesting game. On a platform dominated by farming and city building games, the developers at Nekki decided to launch a 2D fighting game in the vein of Street Fighter. And the crazy part is it worked. Not only is the game a lot of fun, but it’s proving quite popular and just recently passed the two million monthly active user milestone. So we decided to catch up with Tom Borovskis, head of European business development at Nekki, to learn more about the game and how it will continue to evolve going forward.

For starters, can you tell us a bit about Nekki?

Nekki has been founded in the year 2005 as a developer and publisher of browser games. Altogether we employ more than 30 people. On of our first games, the online football manager 11×11 has been our most successful product before the recent launch of Shadow Fight. From 2005 to 2009 Nekki has offered its games only in the Russian language, but in the meantime we have expanded and upscaled our MMO titles to a total of nine languages. With more than 5.5 million registered players 11×11 doubtlessly qualifies as one of the top portal-independent browser games. Receiving the “Browsergames of the year 2011 (category sports)” award in Germany earlier this year shows us, that 11×11 still has a lot of potential. Our other successful browser games available in English are www.mygladiators.com (ancient arena fighting) and www.icekings.com (icehockey manager).

Where did the idea for Shadow Fight come from?

Some members of our development team really, really love fighting games. Years ago when they were a students, they have created their first fighting game using Delphi. Just for the fun. This game had an option to fight with a NPC bot or with a friend on one keyboard. It became a prototype of Shadow Fight.

You see, making Shadow Fight was not the typical kind of a top-down management decision. The idea existed in our developers mind for many years. One year ago in 2010 our CEO then had the inspiration that Shadow Fight could be a welcomed change to the typical farming games on Facebook – which are nearly identical in their mechanics.

A 2D fighting game isn’t exactly a common genre for Facebook. Were you worried at all about how the game would be received by the Facebook audience?

Right. When our CEO first described me the idea of Shadow Fight as a social game in Autumn 2010, I thought he was kidding me. But just five minutes after starting playing the prototype I was convinced that we have a potential blockbuster here. The game mechanics and the easy-to-learn controls are so great. I was sure that everybody who starts playing it, will like it.

Nevertheless I was concerned about the social functions and the so-called “viral factor” of the game. As you know it’s an ambitious venture to develop new Facebook games offside of the common genres. This is the reason why most companies would rather develop the hundredth FarmVille clone than risking money in uncommon genres.

But in the case of Shadow Fight we fully confided on the good game mechanics. If you really like a game, you gladly invite your Facebook buddies to play it. Producing quality pays out.

The game has now reached the two million monthly active user mark. Is this a milestone you had ever expected to achieve? Do you think the game will continue to grow?

Yes, as mentioned, we were not absolutely sure if Shadow Fight contains enough “social functions” to spread itself over Facebook through the grapevine. Bringing users into a Facebook app only via advertising is very cost-intensive, especially if you depend on voluntary user payments. The most important milestone for us was the one million monthly user mark. After achieving it just two months after the release, our concerns happily dissipated.

Meanwhile we are sure that Shadow Fight will continue its growth in the future. We are adding new modes and additional game content like bosses and weapons to the game nearly every week. Shadow Fight is the most important product for Nekki at the moment, and we will invest even more personnel resources to keep it alive and kicking for our fans for a long time.

What’s next for Shadow Fight? Are there any future updates in the works that players should know about?

The awesome news I can tell you is that we have decided just this week to add a synchronous PVP mode into the game. Thousands of comments and e-mails have reached us, saying that it would be great to fight online again Facebook buddies, and not being just limited to AI controlled bots. Imagine you can challenge any of your friends to a Shadow Fight live match anytime you want! If our developers come to grips with the technical challenges, that a live PVP mode carries, like internet latencies and connection gaps, then I am sure that Shadow Fight becomes 10 times more attractive than it already is.

The other interesting thing that I can tell you of is some new clan functions. We were amazed how many Shadow Fight clans and guilds have already been founded in the last weeks. We will definitely support those clans by integrating some useful features into the game in the near future. Our ultimate goal is a tournament mode between clans.

What about Nekki? Are you working on any new games that you can share with us?

In the beginning I have told you about our browser game 11×11. Five years of steadily game play improvement, over 5.5 million registered users and this years “Browser game of the year” award make us feel certain, that 11×11 will be a great Facebook game, too.

At the moment one of our teams is re-engineering its game mechanics and purging its enormous game depth, to make it more convenient also to casual gamers. Of course we will not slash the typical “11×11 experience” to lightweight and pale imitation of the original, but the upcoming 11×11 Facebook game will benefit from a clear out of some functions.

We also have three to four other new social games in the pipeline, and I will be happy to give you profound information about them in some months.