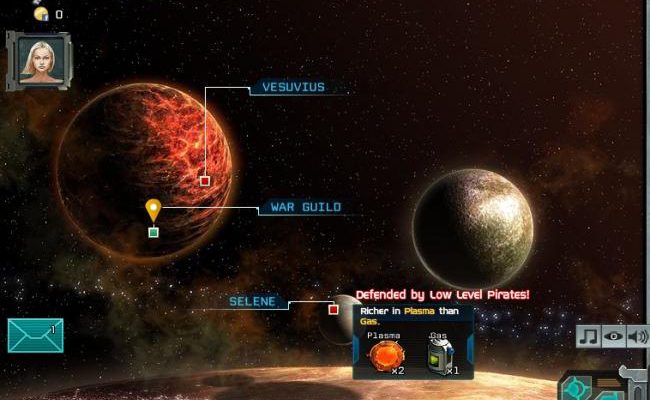 Ealier today we gave you a first look at Galactic Allies, a new Facebook real-time strategy game developed by 3 Blokes and published by RockYou. Now, to give you a bit more insight into the title, which comes from the same team that brought us Galactic Trader, Gamezebo spoke with John Passfield, VP and creative director at 3 Blokes.

This is 3 Blokes’ first game since being acquired by RockYou. Has the game been in development since before the acquisition? How, if at all, did being under the RockYou umbrella affect the development of the game?

We had a prototype prior the acquisition, but once the acquisition closed we got full support from Jonathan Knight, Lisa Marino, and the RockYou executive team to go above and beyond what we had pitched. Their insight, expertise, and encouragement has made Galactic Allies a true “next gen” social game.

There are plenty of turn-based combat games on Facebook, but few real-time strategy games. Why did you decide to go this route? How complex will the game be compared to other RTS titles?

We felt the audience was ready for real-time strategy, and we have team members with great experience working on successful real time strategy franchises such as the Total War series.

We’ve designed and tuned the game as a social game, so players can get quick fun bursts of play without having to commit the time they would on their Xbox 360. So while it’s a different beast to the typical PC RTS, I think it will hold great appeal to these players who are looking for the social equivalent. 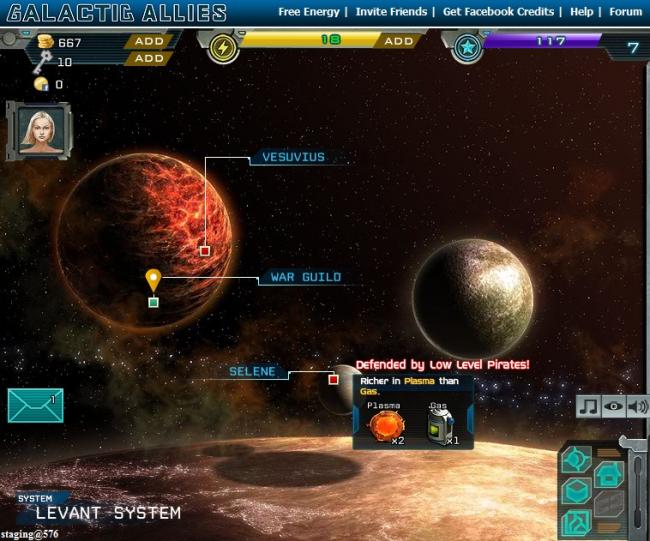 Does the game have any connection to your previous release, Galactic Trader?

No, Galactic Allies is set in a brand new universe, with a new story, new characters, new art, and a completely new combat system. Fans of Galactic Trader and new players alike will find a new experience to surprise and delight them.

The game features an episodic story structure. How is that going to work? And how involved is the actual story?

We have seasons of content, similar to seasons of a TV show. Each season has a number of episodes consisting of numerous missions to play through.

We’ve worked hard to ensure that the actual story is woven deeply into the core game experience, so it’s not just tacked on as an afterthought. Each combat scenario changes to reflect actual story progression, which is quite unique for a social game.

The game story is also strongly character driven with character’s alliances and roles changing over time. We’ve also made sure that each season has a definitive ending which gives you a sense of closure while new story possibilities are set up for the next season. We really want you to feel that all the work you put into the game has some meaning beyond just collecting and building stuff. 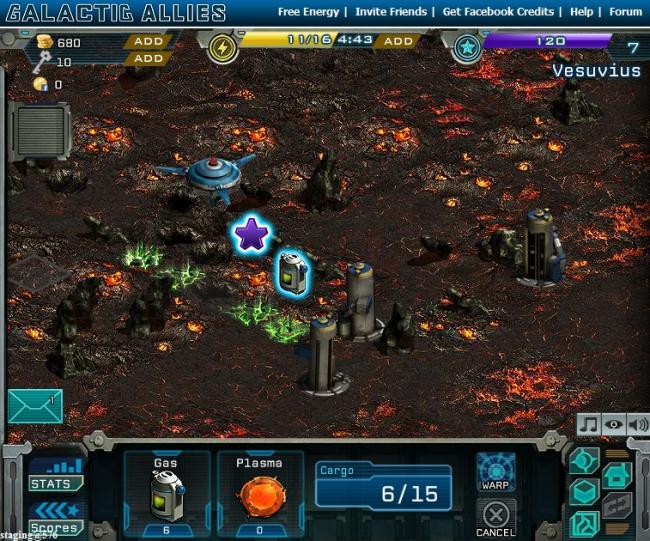 Can you talk a bit about how the asynchronous multiplayer combat will work? What other social features are included in the game?

The asynchronous multiplayer combat lets you challenge your friends to a battle to see who has the best fleet. The computer AI handles your friends fleet in lieu of them controlling the ships in real time, and depending on the strength of your friends fleet you will earn Valor Points if you are victorious.

The more Valor Points you earn the higher you rank on a weekly leader board so you can see how you compare with friends. If you manage to earn a certain amount of Valor Points within the week, you can exchange them for Research Keys which are used to research and unlock new and more powerful ships, weapons, and shields.

We’ve also included a bunch of other social features in the game, such as the ability to buy resources from friends and repair their ships if they have been damaged.

Please check out Galactic Allies. It has awesome art, amazing sound and music, a great story and characters, but more importantly, it has some seriously fun gameplay.