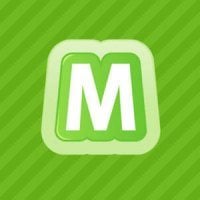 Social games aren’t just blowing up in North America, they’re taking over the world. And that includes our neighbors to the south. With headquarters in Buenos Aires, MetroGames—the studio behind Facebook hits like Fashion World—is able to see first hand just how social gaming is growing in South America. Gamezebo recently had the chance to chat with CEO & founder Damian Harburger about the state of the industry, as well what we can expect next from Metro.

What is the current state of the social game development scene in South America?

We are experiencing amazing opportunities in the region right now. The user base has been growing steadily over the past couple of years, partially due to the fact that internet access and usage in most of South American countries have expanded considerably and also because people in the region have finally lost its fear of doing internet transactions. If we add that to the fact that the economy in the region has been explosively growing for the past decade we get as a result a massive and much more mature and profitable market to serve.

All this has led to many local game developer to switch towards the development of game content for online platforms (specially big social networks like Facebook or Orkut), many of them with relatively big success, and also calling the attention of the biggest international social gaming companies that are now including the region as part of their growth strategy for the upcoming years.

What sorts of trends are currently happening in the region?

We are clearly experiencing an explosive growth in smartphones sales in the region. Just to give you an example, one smartphone every 18 seconds has been sold in Argentina in 2010. For 2011 it is expected that the rhythm will grow to reach one smartphone every 10 seconds. The trend is so strong that most of regular cell phones in Argentina are expected to be replaced by smartphones within the next few years. Similar trends are being watched in different countries of the region, representing an amazing opportunity for mobile content developers.

How are players in the region reacting to the boom in social and mobile games? For example, is Facebook gaming as big there as it is in North America?

Players in the region are increasingly embracing social and mobile gaming. Event though the penetration figures are not as high as in the United States yet, the market is growing and we´ll certainly get there in the near future. Of course, not all the countries in the region show the same level of enthusiasm, but the noise social and mobile gaming is making in the leading ones like Brazil and Argentina is definitely being heard in the rest of the region as well.

Regarding Facebook penetration, it pretty much depends on the country. In some of them like Argentina, Chile, or Colombia Facebook penetration is really high (almost comparable to Facebook’s penetration in the US), in some others like Brazil, for instance, other social networks like Orkut lead the way, but this is changing and the trend shows it is only a matter of time until Facebook completely dominates the scene.

With so many companies growing at such a quick rate, what does the future look like? How do you see the scene changing or growing?

In my opinion both change and growth will take place. Clearly a new market has been discovered and all the key players (people, companies and investors) are thrilled about it. Social gaming has proven successfully that bringing typically non-video game players into the gaming world is not only possible but a growing reality. It has also proven that gaming does not necessarily imply lots of hours in front of a computer. Instead, social gamers spend not more than 25 minutes per day and still receive comparable amounts of entertainment and satisfaction by doing so. If we add the social interaction that social gaming generates, we are in the presence of an industry that is here to stay and of course keep on growing.

But I see lots of changes that eventually will take place in the industry as well. Probably the most important of them will be the convergence of social gaming and mobile, an industry shift that is being motivated both as a result of player’s demand and technology improvements.

Specifically with regards to MetroGames, what can we expect to see from the company in the future? Any upcoming game announcements?

We are working on two different gaming areas right now, social games and mobile games. With regards to social gaming, we are releasing four new titles this year. Our biggest launch on Facebook for the first half of the year will be a women targeted game, in which they will spend hours creating, wearing, and even selling the best outfits they could ever dream of. This game is different than any other game available right now in the market because it bases progress not on the amount of clicks, but on good taste and sense of fashion. I would even dare to say it is meant to generate a revolution in social gaming as we know it.

Regarding Mobile gaming, we will be releasing eight new titles this year that we are really excited about. Most of them are being market tested right now and the results are really promising.

Yes, we would like to thanks our fans’ support and enthusiasm in our games so far. They are our main source of inspiration and motivation and the daily feedback we receive from them makes us be a better company every day. We also want to let them know there is much more to come this year.

So, stay in touch!