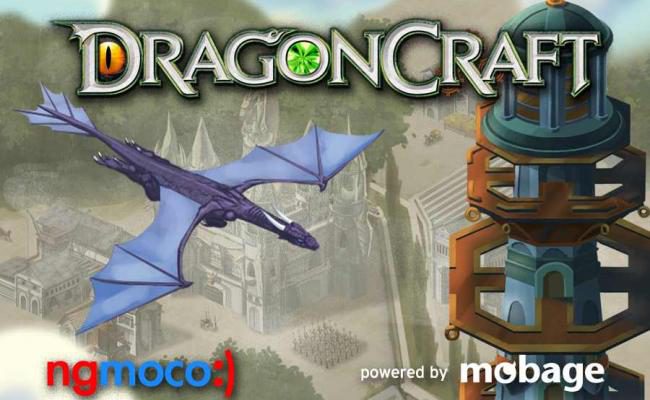 With Dragon Craft ngmoco is delving into the world of mobile strategy games, offering players the chance to take on the role of an up-and-coming dragon baron in a world filled with magic, technology, and of course dragons. It looks to be a deep experience but also one that can be enjoyed in short sessions, making it a potentially great fit for a mobile phone. Gamezebo recently had the chance to speak with producer Kevin O’Neil about Dragon Craft to learn a bit more about the game and the world it takes place in.

To start I was wondering if you could talk a bit about the world,. It sounds like an interesting sci-fi fantasy mix.

Yeah, Dragon Craft is based off of … it’s sort of founded in real life. Around like the 15th century, the age of the renaissance, that sort of theme and setting really spoke to us and we kind of were just wondering with Dragon Craft “Hey, what happens if at this point in human evolution magic was introduced.” And not magic as like the floaty, good-feeling stuff that is in some movies, but as a source of power that it’s comparable to oil. If magic was harvestable, usable, and people were able to control it and wield immense power, how would that change society? And it’s kind of our take on that alternate timeline.

Technology doesn’t really progress past that point because there’s no need to find more efficient ways to do things when you can just rely on dragon crystals to power stuff. But at the same time dragon crystals are very dangerous and they are addicting and they do kind of have hazardous affects on the human body. The more you use them, the more powerful you get, but then the more corrupted and decrepit you get.

You assume the role of a dragon baron in a small barony. The cataclysm just happened and has sort of cut off communication between the 12 baronies and left the world in chaos. Additionally, the cataclysm, which is just a meteor storm of dragon crystals raining down on the land, actually hit Carpathia, which is the furthest barony away, dead on. And it’s kind of given them an influx of dragon crystal and power. It’s almost like radiation poisoning. And they’ve just become completely corrupted and power hungry and are on the warpath to destroy the world.

And you, as a starting baron, are climbing up from the rubble and you want to take your barony to restore the land and become the most powerful dragon baron in the world, to become head of that council of 12. 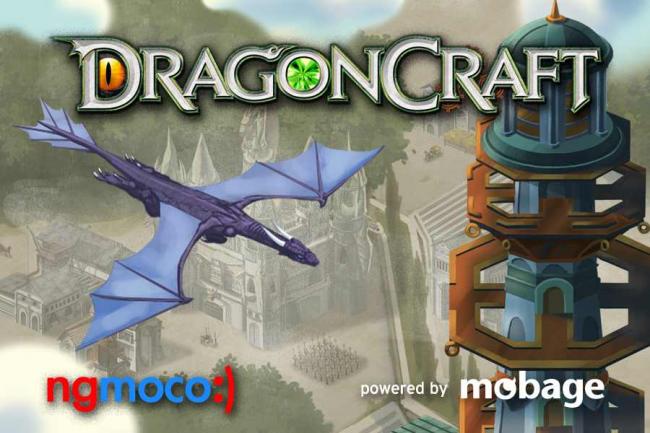 It sounds like you’re pulling from a lot of different places — sci-fi, alternate reality — what are some of the inspirations for the world?

A lot of us have been watching Game of Thrones, which was a big source of inspiration. There are some other stories. Longitude, which is the story of how map travel and longitude was created and discovered way back in the day when people thought they knew everything about the world and the great scientists of the time sort of were trying to tackle this same problem of using the stars to determine longitude and it didn’t work at all — it was great for latitude but not for longitude. And this one eccentric clockmaker was the one to actually put it together. It’s a really interesting story.

Also, we do have a previous title that we’ve worked with, CastleCraft, which has a very rich fantasy theme and that sparked an interest in us because we loved playing CastleCraft and it was really fun. So we were like “Hey, what if we take CastleCraft and add all the things to it we’ve ever wanted to do.” And we kind of took it from there. But the narrative was actually a huge collaboration with everyone in the office. It was a source of a lot of fun. Because people that aren’t normally in the development phase of things — like the QA testers, all the customer support people — we were able to get everyone together, kind of give them a rundown on the world, and then we just started pumping out tons of information creating characters, barons, the baronies, other characters in the world that you can run into. And it was just a lot of fun to flesh that out and get that story together.

So how did the dragons come into the process?

Dragons were a big part of CastleCraft and we always thought that dragons are awesome. I think if I had to pick one reason why we decided to go with dragons is just because we thought they were awesome. I mean we were tussling with a few different ideas on the theme itself. We went for a completely sci-fi theme at first, we thought maybe we’d do robots or space pirates, but we kept getting drawn back to fantasy and dragons as these immensely powerful creatures. I’m actually really excited to play SkyFall when it comes out. I really want to check it out.

Your dragons seem to be somewhat unique with the way you create them and such. How did that come about?

We knew we wanted to have a large array of dragons to choose from so we spent some time building out an editor where we could customize the dragons and put them together. And our dragons have five tiers, so you have a lesser dragon and the supreme dragon at the high end. And we just really enjoyed putting them together and fleshing them out and now the hope is that we can actually continue on and offer these capture events where we can allow players to capture these new and unique dragons.

So the way that the capture events would work is we would offer them for a limited time and you would have the ability to jump into the game and capture scales to collect these dragons. But then we would never repeat content over again. These would be unique, limited time dragons and it’s your chance to go grab them. We were excited about that. 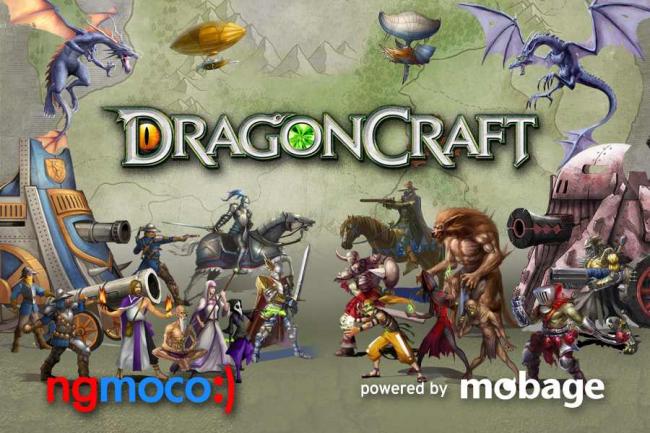 It’s tricky. With mobile play we want to make sure that you can jump in in a short period of time and come out with an enjoyable experience [and feel like] I’ve accomplished something, I’ve done something. But at the same time we want to let you sit there and play it if you have the time to actually play it. So we’re trying to marry the two by giving you quick missions that let you patrol your land and collect resources, but at the same time there’s these deeper narrative missions that are more difficult that you really build up and prepare for them, but then when you do tackle them they’re going to unlock key moments in the narrative and progress the story along and take you through your journey.

It’s difficult, but for mobile I think it’s necessary because just a short-term play experience will get tiring and a long-term one is too limiting and not enough people will actually sit there and play it. So you kind of have to find a way to marry the two.

What made this game a good fit for the free-to-play model?

We actually built it from the ground up with that in mind. We wanted to make sure that the game was completely playable and fun and balanced and awesome for people that aren’t paying, but we did want to include the ability for you to get an advantage, to shortcut your way through things if you wanted to pay for it. Things like building up your structures, researching tech and upgrading buildings, you can shortcut that stuff. It all takes a certain amount of time but you can warp the fabric of space/time with dragon crystals and get that completed faster.

And then with the dragon encounters if you’re going to collect scales, using a normal spear will give you a 50/50 chance of actually collecting it, but a dragon spear will guarantee that you get the scale. And that will just help the players that really want to get to a certain dragon get there faster.