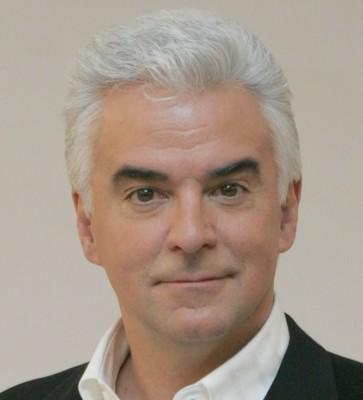 John O’Hurley is known for a lot of things. He played J. Peterman on Seinfeld, he was the host of Family Feud, and has performed on Broadway. But for the last decade O’Hurley has also been host of the National Dog Show on NBC, which led him to play the role of the player’s guide in the recently released Dog Show Friends on Facebook. The game has continued to grow since launch, recently hitting the one million player plateau. Gamezebo recently had the opportunity to talk to O’Hurley about his time working on the game and his love of canines.

Obviously you’ve been with the National Dog Show for quite some time..

This is our tenth year.

So how did you get started?

It was kind of a very strange meeting of many circumstances. NBC had always had a very successful run with the Macy’s Thanksgiving Day parade on Thanksgiving Day in the US, and the always had a two hour break between the end of the parade and the beginning of football. And they were always scratching their heads about what to put in between, and they used to run re-runs of It’s a Wonderful Life with Jimmy Stewart and they’d lose their audience from the parade and have to kind of buy it back with the football. So they always had that big gap in between.

One of the heads of NBC Sports took home the movie Best in Show over the weekend, 10 years back, and came back in Monday morning and said “You know what we should put in there? A dog show.” And so by that afternoon they had convinced the Philadelphia Kennel Club to re-brand one of their shows the National Dog Show and they did it. The next day he called me and I picked up the phone and instead of saying hello he said “woof, woof.” And that’s how it started 10 years ago.

It’s become the most successful dog show in the world. It’s watched by, just on Thanksgiving Day, over 20 million people. And then in successive showings around the world it pretty much doubles that. So there’s nothing really like it in terms of visibility for dog shows. And so now we’re trying to add to that.

Every year we try to find a way to take the joy and the fun that we have put into the show and extend it through the year. 4mm Games came to us with the idea of “why not do a social network game?” and they came up with a great idea of Dog Show Friends, which is the idea of taking a puppy, adopting it, and raising it to hopefully dog show caliber, with the goal to be named Best in Show. So it’s kind of a fun, very involved game that keeps people on the social network active and communicating and competing. So it’s turned out to be very successful, and in just a short time we have over a million players and we’re growing exponentially.

Had you ever worked on a game before this?

Do you play games at all?

I do. You know, actually, this one my wife and I play it. We’ve each adopted a puppy on the game, which is fun because I’m brand new to Facebook as well.

So what do you think of it?

It’s an awful lot of fun. My press agents, I’ve got 12 of them, are in the office and they emailed me the other day and said “this game is addicting.” For many people it’s the fun of having the puppy and none of the mess.

What was it like actually working on the game?

Why do you think a game like this makes a good promotional tool for the National Dog Show?

I don’t think anybody has really been able to adequately define the success of the combination of the social networks and gaming. But it seems to be a phenomenon where people love in their free time spending a few extra minutes every day to play a game that they can play along with their friends and compete against their friends and compete against other people that aren’t actually their friends, but they develop a network of friends just around the game.

It’s a way of drawing everybody together and this is what the phenomenon of social networks are all about. So I think it just plays into the strengths of what Facebook has created.

Prior to your work with the Dog Show, were you always interested in dogs?

Oh sure, yeah. I’ve written two best-sellers on the subject of dogs and I’ve been a dog owner all my life. I just finished doing the lead in the new Beethoven Saves Christmas movie, with Beethoven the St. Bernard.

So what is it about dogs that creates this connection?

Well there’s nothing really like dogs. Dogs are kind of the purest spirit. They want nothing and they’re just there for our companionship. And there’s no other creature on Earth that has been created that fills that gap. And what I’ve written about in several of my books, really, are the life lessons that they teach us. The sense of stillness and living in the moment, and being appreciative for everything. There’s nothing like them, really.

Do you think that this game is able to capture that?

I think it does, in a sense, with the playfulness. And again, what it also captures, is the fun of competition. Dog shows really are about competition. It’s about pitting one person’s idea of a breed against another’s, which is kind of fun.

What kind of dogs do you own right now?

I’ve got two dogs at the moment. I have a Cavalier King Charles named Sadie, and then a little Havanese that’s named Lucy. And they’re both two and a half years old.