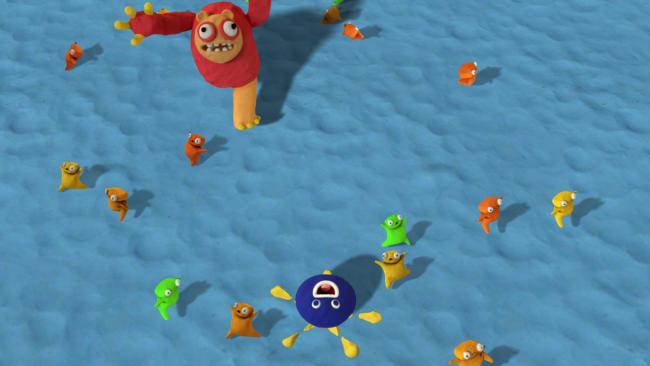 Playing with clay is something nearly everybody loves, but not many of us are terribly good at it. Thankfully, for every few million clay modellers with two left thumbs, there tends to be a genius like Nick Parks or Will Vinton who comes along to show us what the medium can really be. And the makers of Clay Jam? You can count them amongst those few geniuses who know a thing or two about clay.

Gamezebo has recently had a chance to pick the minds of the team at Fat Pebble, developer of the upcoming mobile release Clay Jam, to learn everything we can about their love for the medium and how that has translated into their upcoming game. Their Creative Director Michael Movel, Art Director Chris Roe, and Technical Director Iain Gilfeather were all too happy to share their love of clay animation with us. Here’s what they had to say.

Which came first; your background in game development, or your love of clay modelling?

Chris: The love of clay modeling definitely came first. I spent hours animating clay models with my granddad’s camcorder. He’d teach me how it all worked and then I’d animate killer worms and clay people with spaghetti hoop giblets. I find animating in clay as fun and spontaneous as it was back then…. And I still like the bit where you mash everything into a multicoloured blob at the end. I’d love to use more traditional techniques when developing games and I’m hoping that sense of creative fun will come through in the end result.

There have been only a few video games over the years to use clay-based visuals. The Neverhood, ClayFighter, and Platypus all come to mind. Are there any that stand out as favorites? And what lessons have you taken from clay gaming’s past?

Chris: The Neverhood was the first clay-mation game I ever saw and I thought it was incredible. It had great humour and a really imaginative style that kept me wanting to discover what I would see next.

Mike: I’ve never really understood why there haven’t been more clay games. I love clay. For it to work though, you definitely need to make sure everything reacts like clay too. I love clay because it’s squashy, so Clay Jam needs to be squashy too. Oh, and I loved The Neverhood.

Some have been quick to characterize Clay Jam as similar in spirit to games like Katamari Damacy or Tasty Planet. Would you say that comparison is apt?

Chris: I would say those comparisons are very apt. I loved the crazy nature of Katamari Damacy and love that fact we are being compared to it.

Iain: It certainly has the spirit of those games. The central game mechanics – growing your character as it consumes stuff and being able to do more things the bigger you get – are both really intuitive to play. Clay Jam brings this to a game made for touch screens by having the players gouge paths into the screen to guide the rolling pebble.

You’ve invited potential gamers to create their own monster for the game via your Make a Monster contest. Can you tell us about some of the submissions you’ve had so far?

Chris: Yeah we’ve had some beauties so far! Bingo-winged bats, menacing magical hats, vomiting suns, and creatures with formal footwear. We really like the idea of getting people involved with the creative process, so running this competition seemed like a great idea. Everyone has a monster idea inside them waiting to burst out. The weirder they are, the more we like them!

Iain: Check out some of the latest on our wall at http://www.facebook.com/fatpebble.

Mike: Make us some more monsters! 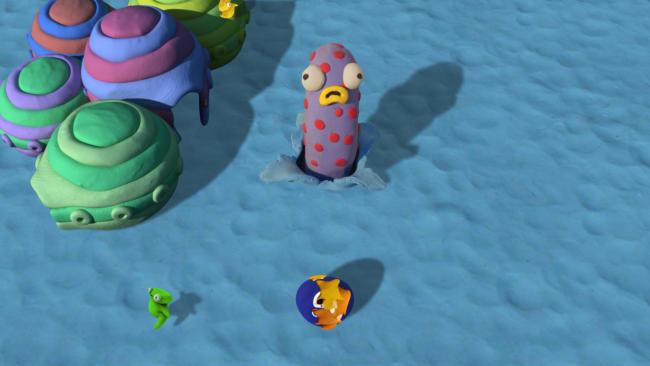 What’s the one thing you think people would be most surprised to learn about your upcoming title?

Iain: The characters are based on real creatures that live at the bottom of the Fat Pebble garden.

Mike: We’ve got a garden?

There have been plenty of Claymation film and TV projects over the years, from Wallace and Gromit to the Will Vinton Christmas Special. If you could recommend that our readers watch just one piece of Claymation while waiting Clay Jam’s February release, what would it be?

Chris: It would have to be any of the Purple & Brown short films by Aardman animations. They are all brilliant!

Mike: I used to love The Trap Door.

Thanks guys! We’ll make sure to let our readers know the moment Clay Jam is released – and they can always be notified directly by following the Clay Jam page right here on Gamezebo!

Rock Band developer rumored to be be working on Facebook game