Home / News / Interview: Clipwire on the importance of narrative in Wild West Town

Interview: Clipwire on the importance of narrative in Wild West Town 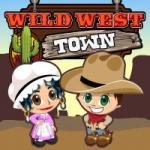 Despite the large number of popular Western-themed games on Facebook, including Zynga’s FrontierVille, the team at ClipWire games still decided to put its own spin on the genre with Wild West Town. And it worked. Thanks to a strong focus on characters and storytelling the game managed to set itself apart from the pack and earn a 4.5 star rating from us. Gamezebo recently talked with Clipwire CEO Ritesh Khanna about why a good story is so important and what fans can expect from the game in the future.

With FrontierVille already such a huge success, why did you decide to create another Wild West-themed game? What is it about the setting that’s so appealing?

The frontier is a fun theme, but it’s a very different place that the Wild West. We knew the game was going to be very story driven right from the start, which would provide us opportunities to expand beyond the usual western tropes and offer plenty of difference for players. Everybody has been exposed to western stories and themes at some point, which helps explain why it appeals to a broad number of players. We just wanted to bring that all to Facebook in a fun, cute and social way.

Why did you decide to make Wild West Town a much more story-focused game compared to other similar social games?

Rather than a quest that randomly tells you to buy flowers or a tree for no reason, we thought it would be more fun if there was a narrative reason and it would help keep the experience from feeling bland or repetitive. Building our quest system around a fun storyline keeps our users interested and engaged over a longer period of time because they’ve always got something new to do and a good reason to do it. Ultimately it builds a better experience using mechanics that players are already familiar with.

It also seems like a lot of time was spent on creating memorable characters and interesting dialog. Why did you decide to go this route? Why do you think so few social games do?

The characters and dialog is what makes Wild West so special and why the game stands apart from similar titles. We put a lot of time in to the characters and stories because we know a lot of users love it. Few games on Facebook have the ability to create emotional attachment between an NPC and the player. I love seeing Dr. Wells (our absent-minded scientist) come off the train and thinking to myself “Here we go again!”

As to why other social games don’t do this, I can’t tell you for sure. It takes a lot of time and dedication not only to write the quests, but to build a dynamic quest engine that allows us to implement all the crazy things our writers want to do (turning characters purple or shrinking them for example). On the flip side, it makes for a game that is very difficult for players who don’t speak English as a first language to play.

Wild West Town is pretty generous when it comes to the implementation of premium currency. How difficult/important is it to strike that delicate balance between not upsetting the player but still creating a game that’s profitable?

We give away a lot more premium currency for free than other games. Our mission statement has always been that we’re here to create “fun, exciting and social games”. If we make a lot of a of our premium content un-attainable to a huge portion of our users, we wouldn’t be living up to that standard and this goes for both paying and non-paying customers.

The idea is to make every part of our game playable for everyone. We could reduce the amount of free Bank Notes we give away, but then people wouldn’t be able to enjoy the game to its fullest. We believe we strike the right balance when everything in the game is attainable free to dedicated players, but those who don’t have the time to invest can still access the content for a low price.

The game has been out for a few months now. What’s the reaction been like? Any surprises?

The biggest and best surprise for me is all the positive feedback we receive from our users. The best compliment we can receive from a player is them inviting a friend to come and play, and there has been a lot of that.

Additionally it’s been really surprising seeing how much our players love to talk about the daily stories we put out. Every day there are threads on our forums and comments on our Facebook page discussing the story—talking about how they hate our villains and love their heroes—which ultimately validates everything we’ve been striving for.

Do you have any future updates in the works?

Plenty! We’ve just released a few big updates including our new Greenhouse mechanic that lets our most avid users complete quests faster with the help of friends. We’ve also got a lot of great features in the pipelines for players looking for something fresh to do in the West.

We’re planning on putting in a system where players can run trains between towns, and we also have a badge/achievement system on our radar. Being a Flash game, it’s far easier for us to roll out big, exciting features that increase the number of things our players can do. We definitely love taking a advantage of that.

We love hearing feedback! We read the Facebook comments, ClipwireGames.com forums, and e-mail every single day. If you have an idea for the game or have something can be improved, tell us! Also, keep your eyes open because we’ll be rolling out new features, crops, and decorations in the coming weeks!