Home / News / Intel to invest in a mobile social gaming company – but which one?

Intel to invest in a mobile social gaming company – but which one? 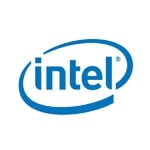 According to a tip received by Business Insider, Intel is getting set to make an announcement about a strategic investment in a mobile social gaming company. It’s a seemingly strange move for a company whose bread and butter is the CPU market, but then again, any good company knows to follow the dollar wherever it takes you.

Get the speculation bus fired up, because we’re going to try our best to predict which company is going to receive Intel’s investment!

While the playing field has recently narrowed thanks to DeNA’s acquisition of Plus+ creator ngmoco, there are still a number of fish in the sea that Intel could be looking to reel in. The most obvious choice is Aurora Feint – the company behind the popular OpenFeint social gaming platform. It’s certainly the pick that Business Insider is making, and in a lot of ways, it’s the most logical. Prior to the launch of Apple’s own GameCenter, they were the arguably the biggest name in the field. And now that GameCenter has arrived, the network has successfully spread its wings to Android devices. Nobody has any doubt that OpenFeint is a platform that’s here to stay, and consider the numerous investments they’ve seen in the past, it seems like a safe bet that Aurora Feint would be the smartest place to stick their money.

It should also be noted that Business Insider says their tipster is a PR person who has previously presented them with Aurora Feint news – another clear indication that OpenFeint might just be the platform for Intel.

But OpenFeint’s not the only option out there. Someone who handles the PR for OpenFeint could just as likely handle the PR for Sibblingz – a company born from YouWeb, the same incubator as Aurora Feint. Sibblingz is a unique property in the world of mobile social gaming, as rather than provide a social platform, they provide a framework for developers to spread their social games across multiple platforms. Crowdstar’s Happy Island uses this technology, allowing them to appear on Android, iPhone, and Facebook with ease. Despite the potential Sibblingz offers, we haven’t really heard much out of them since their initial announcement back in May. Perhaps an infusion of cash from Intel could change that?

Finally, there are the unlikely choices. Smaller social gaming networks like Scoreloop, AGON, and Geocade would all no doubt love to receive an infusion of cash to help advance their plans for world domination – but it seems much more probable that Intel would want to back a winning horse rather than an underdog. Still, I wouldn’t quite rule these out. Both Scoreloop and AGON have managed to offer ever-evolving products that many developers choose to embrace over the competition. Companies like this wouldn’t necessarily be a bad investment on Intel’s part – just a surprising one.

There are a lot of options out there. Which company would you invest in if you were Intel?

Be sure to check back with us to find out who Intel is investing in as soon as the announcement is made!