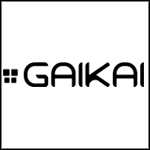 OnLive may be the cloud gaming service that’s getting all the attention, but it’s far from the only player in the market. Take Gaikai, for example. Expected to launch their services later this summer, the game-streaming firm has just raised an undisclosed amount from Intel Capital and Limelight Networks.

Cloud gaming is a relatively new concept that would allow a company to stream its games from their own servers rather than forcing a player to download the game directly. While OnLive is using this technology to offer a subscription-based service to gamers directly, Gaikai will be using its technology to put these tools in the hands of publishers.

Gaikai’s technology will allow publishers to bypass services like OnLive if they so choose, instead offering these games on portals of their very own. Some big names have already displayed interest in cloud technology, with companies like Electronic Arts having already signed on with Gaikai as a publishing partner.

Our own Joel Brodie had previously speculated that the future of casual gaming may be in cloud-based services. With more investment and interest growing in this new business, can it be long before we finally hear about a big casual player making a jump into the clouds?

Digital game sales almost as big as retail in 2009