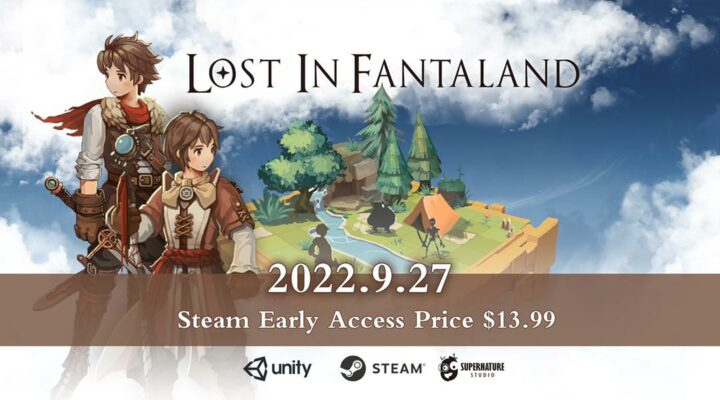 Lost in Fantaland is out now on Steam Early Access.

Developed by Supernature Studio, Lost in Fantaland is an innovative genre-bending single-player RPG with deck-building and rogue-lite elements.

It boasts some adorable pixel-art graphics, too, and you can pick it up right now for a bargain introductory price of just $11.89.

Your goal in Lost in Fantaland is to explore a mysterious new continent, slaying monsters and finding loot.

There will be three classes to pick from in the final version, including Mage, Warrior, and Deceiver, but for now you’re restricted to the Warrior and the Mage.

The gameplay sees you choosing a path and getting as far as you can. Dotted along these paths are monsters, Artifacts, cards, random events, and bonfires that let you rest and replenish your hit points.

This gives you the opportunity to balance risk and reward. Do you pick a path with plenty of bonfires and Artifacts, or do you test yourself on a path overflowing with powerful enemies in the hope of claiming greater rewards?

You move, attack, and defend by playing the cards in your hand, which is dealt randomly from your deck. After each battle you’ll get an additional card, making your deck incrementally more powerful as the monsters get tougher.

So far this all might sound fairly familiar. But Lost in Fantaland expands the genre in a few neat ways.

For one thing, you can wield combos by playing particular basic and advanced cards together. For another, the action plays out on 8×8 checkerboard arenas, complete with varying terrain and weather effects.

If you’re smart, you can use these conditions to your advantage. You can even lay traps to lure your enemies into, giving you options when you’ve already played your cards.

All of this puts Lost in Fantaland comfortably beyond your average deck-builder in terms of strategic depth.

The full version will contain more classes and more maps, and it’ll cost $13.99. 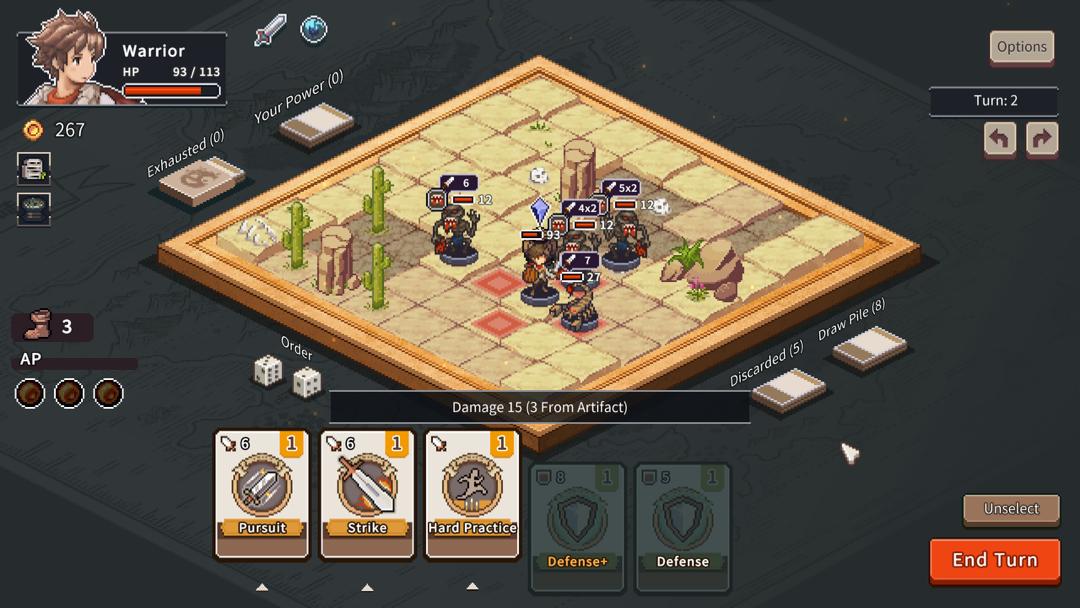 To get in on the ground floor and save yourself a couple of bucks, head to Steam and download Lost in Fantaland now.