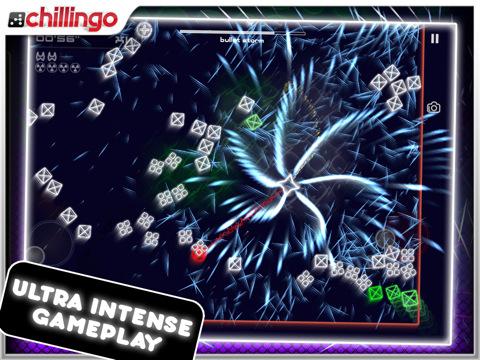 Young developers seem to be all the rage in iOS development nowadays. Robert Nay developed Bubble Ball at only 14. Will Evans developed Ninja Jump at 12. There’s even a 5 year old who, in his own special way, helped shape a level in Angry Birds. The latest young man to join in the fray is 16 year old Manuel Martinez-Almeida, the brains behind the Chillingo-published Infinity Field on the iPad.

At the risk of editorializing, what sets Manuel’s game apart from the released by his peers is that Infinity Field is a highly polished title with deeply engaging gameplay and plenty of variety. We recently had the chance to talk to this Manuel about his game, working with Chillingo, and what he thinks about this surge of young talent in the world of iOS development.

You’re 16. You’re still in high school. Yet you’ve just developed your first iPad game and had it published by one of the biggest names in the business, Chillingo. How did this all come about?

When I began the development of Infinity Field it was a simple HD port of AbstractWar 2.0, but finally I decided to create a much more ambitious shooter. Then I created my first company, called “ForzeField Studios,” I contacted Chillingo and fortunately they liked my project. We began to work hard since the first day to create the best shooter for the iPad and launch it successfully in the App Store.

-Is this your first game? How long have you been developing?
My first game was AbstractWar 2.0 for iPhone. It’s similar to Infinity Field, because it has same base code as AbstractWar (with several optimizations). The development took longer than originally expected because I was learning as I go.

Getting the attention of a major publisher like Chillingo is an achievement for any developer, let alone one as young as you. Can you tell us a little about how you got on their radar?
I am very proud to work closely with Chillingo, who are known as the “Premier Indie Games Publisher” in the industry. I contacted Chillingo and quickly received a response from their Co-General Manager, Chris Byatte, who reviewed Infinity Field and explained Chillingo’s interest in publishing our game. Since then, we’ve partnered very closely with their production team to help polish the game up to perfection prior to launch. We also appreciate the PR/Marketing outreach that Chillingo’s promotional team has provided in helping garner press and consumer recognition for Infinity Field.

Young iOS developers have been popping up in the news more and more lately. Is this a growing trend? Do you know anyone your own age who shares in your passion for game development?
Since Apple released the iPhone, the games industry has begun to change. Now indie developers can realize their dreams. You don’t need a lot of money to release a super hit. Many young people have contacted with me since the release of my first game asking me for advice and suggestions on how to create and publish successful titles for the App Store. Just in the same way Ethan Nicholas (developer of iShoot) inspired me to learn programming, I am very proud to be an inspiration to other young developers. 🙂 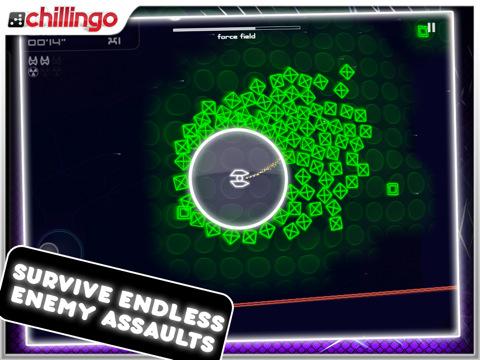 Judging by the visuals, some gamers may be quick to judge your game as just another Geometry Wars clone. What would you tell them sets Infinity Field apart?
Infinity Field features unique and fun campaign modes, multiplayer features to compete against others, original game modes, challenging bosses and awesome graphics. Infinity Field has achieved great positive consumer feedback and we look forward to introducing more folks to the addictive and exciting gameplay. There’s a comment posted by a user in TouchArcade’s forums that I love: “People who said this looks like a Geometry Wars clone – forget about it, in fact delete Geometry Wars. This is far superior in every way.”

What’s next for Manuel Martinez-Almeida?
For the moment, I will continue working on bringing great new updated content for Infinity Field and seek new platforms to bring it to.

Words of advice for Robert Nay, the 8th grader that developed Bubble Ball