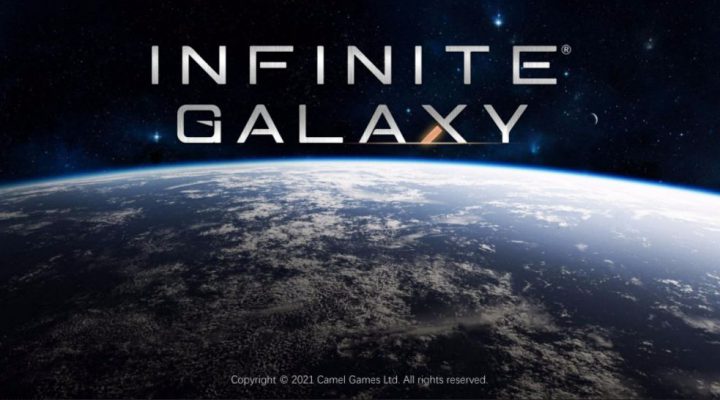 There’s a reason that Star Wars is the most popular movie franchise of all time. Space is great, war is great, and when you combine the two you end up with pure magic.

That’s why we’re excited to play Infinite Galaxy, an epic interstellar strategy game on a vast scale. Developer Camel Games has given its game the tagline “expand, exploit, and exterminate”. We plan to do all three.

Set in Galactic Year 4649, Infinite Galaxy takes place after the long war between the Old Federation and the Empire. The Federation has been vanquished, but the Empire isn’t faring much better, and teeters on the brink of collapse, with various actors poised to exploit the lawless vacuum for their own ends.

As for you, you’re a humble Spaceport Commander, and your first job is to restore your conflict-ravaged Spaceport to its former glory. Your second job is to destroy the Empire once and for all.

In terms of gameplay, Infinite Galaxy has all the variety you’d expect of a game with “infinity” in the title. You’ll need to manage everything from research to construction to hiring a crew. Each crew member not only has their own skills and attributes, but also their own backstory and personality.

You need to equip yourself for every possible conflict scenario, too, whether that be skirmishes at close range or pitched battles across the void.

There are even missions where you get to fly your own Flagship vessel with a fleet of allies, jumping into the fight just like in the good old days when you were young, reckless, and dashing.

Just as humankind is yet to explore the tiniest fraction of space, we’ve barely touched on the immense scope of Infinite Galaxy. It’s a gigantic mobile game, with an ingenious dual-layer map to ratchet up the sense of scale even further.

There’s an epic story campaign to work your way through, full of exciting set-pieces, shocking twists, intriguing secrets, and colorful characters. And there’s a rich strategy game experience to be had as well.

Infinite Galaxy is free to download. You can grab it right now on the Google Play Store and the App Store.

Oh, and we’ve got an exclusive gift code to get your started. To redeem it, just head to Settings > Pack Exchange in the game, and enter the code “gamezebo”.

Serania – Path of the Scion Is a Polished Open World Text Adventure, Out Now on Mobile