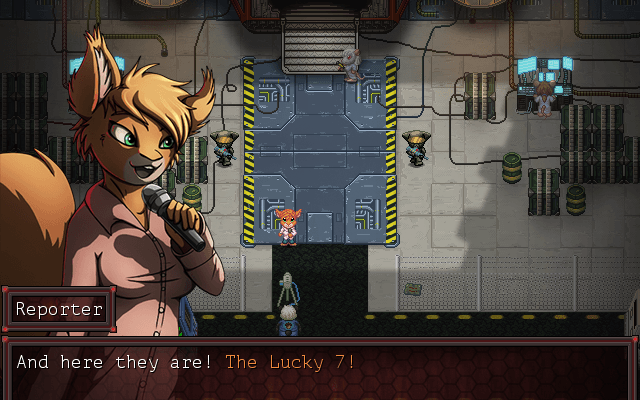 (un)Lucky7 is the latest in a line of promising indie titles to ask for funding on Indiegogo. In the story-driven JRPG-like puzzle game with horror and sci-fi elements, you play as Moro, one of seven prisoners who have been sentenced to life for their past crimes in the galaxy. However, one day their fortunes start to turn, as the seemingly lucky 7 are promised freedom in return for testing out a new spaceship that’s powered by an experimental engine, and exploring the unknown.

Sounds like a win/win situation for the crew of prisoners, doesn’t it? Well, not exactly. You see, when the (un)lucky 7 arrive on a strange and distant planet, they find themselves trapped inside an abandoned space station, where they’ll need to fend for their lives and find their way home. The story is quite intriguing to say the least, and it makes me think of what Dead Space would be like if Isaac Clark’s adventures had been a JRPG on the Super Nintendo. But my favorite thing about the game-in-progress so far is that you’ll constantly have to develop and maintain different relations with the other 6 crew members, as many of them depend on your actions in the game.

The game is being made by a close-knit team of two Polish game designers, and you can tell just from visiting their Indiegogo page that these developers are really making it for the love of the game. They are not only focused on crafting a compelling storytelling aspect with plenty of twists (they list the beautiful and absolutely heart-wrenching To the Moon as one of their biggest inspirations), but also achieving a nice sense of horror and quality scares through an atmospheric soundtrack.

It’s important for all you potential investors out there to know that (un)Lucky7 is built on a flexible funding plan, and that only 25% of the 46.000.0€ goal is needed to see the game reach fruition. Of course, the more money you give, the more bells and whistles they can add to the riveting space adventure, but it’s still nice to know that the game is well within our horizon. 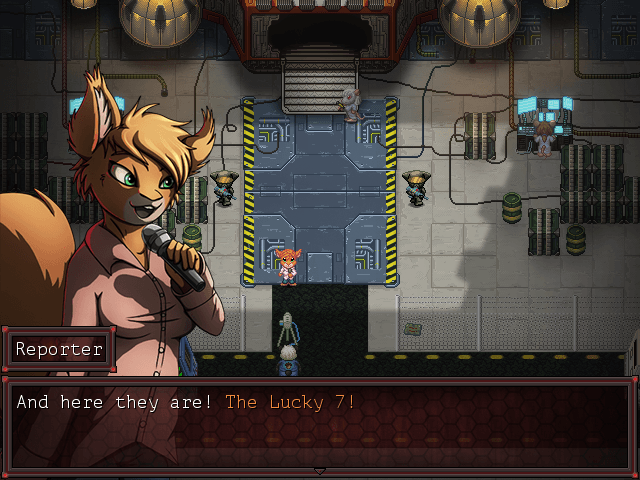 Rewards for project backers include a free download of the game upon release; a bonus standalone short game that’s connected to the original story; posters and t-shirts promoting the game’s artwork; and even a private living room concert by Fox Amoore, who will also be composing the game’s soundtrack. But personally, I think the coolest reward comes in at the 500.0€ tier, which lets you be put into the game as your very own NPC (but sadly, both of the available 500.0€ prizes are already sold out).

If anything, the game industry could never hurt from a fresh new horror game. There are still 27 days left in the Indiegogo donation period, and in addition to pledging, you can also help out by voting for the game on Steam’s Greenlight program. If all goes well, the (un)Lucky7 shuttles are estimated to launch around July 2013!