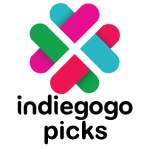 You know, I’ve been thinking about it, and the cavemen didn’t have it so bad. Make a little fire, do a little dancing to the beat of a war drum, and hunt the occasional Woolly Bear or Sabre Toothed Beast from time to time. You could also just speak in monosyllabic, nonsensical grunts if you wanted, like OOG! and BAGH! Living the dream, right?

Well in OOG! Clan of the Caveman, you’ll get to participate in all of these things, as well as make crazy ritual art, cave paintings, and sacrificial offerings to the prehistoric Gods. After all, you’ll need some divine favor over those pesky Neanderthals and Cro Magnons! OOG! Clan of the Caveman comes from the artist and co-creator of Pot Farm, and now he and the rest of the creators are looking for a little help in bringing this meat-eating, hunter/gatherer parody to the masses. I guess rocks and animal bones will only get you so far in the game development business.

OOG! has been described as a “new stone age social-survival game” and “a lost weekend at Burning Man.” There is a heavy emphasis on music in the game, and the debut trailer looks like something straight out of a Schoolhouse Rock! video, with dodo birds bobbing their heads to the beat, and cave babies shaking their rattles like rocky maracas. But I think the best part about the project so far is how great the artwork and animations are: incredibly smooth, like all those great hand-drawn cartoons from the early 90s. Who knew those cave guys and gals had such a rolling rhythm? While there’s no actual footage of gameplay just yet, there is every indication that OOG! will play just like Pot Farm and other Facebook social games. The game will initially be released exclusively on Facebook, but a mobile release is planned for later on down the prehistoric road if the game is successful.

The developers are asking for a minimum goal of $50,000 to build a working prototype of the game, but it’s made pretty clear that the optimal product could be achieved if they hit over $400,000. You could certainly buy a lot of rocks with that kind of cash! At least they have some pretty cool rewards for project backers, like a mention in the credits, artwork-inspired t-shirts, and hundreds upon hundreds of Sacrificial Goats. Now, now, before you go getting excited and write a letter to P.E.T.A., Sacrificial Goats are the game credits used in OOG! Clan of the Caveman, so you don’t have to worry about a crate full of goats showing up at your doorstep.

OOG! Clan of the Caveman still has a long way to go to reach that first $50,000 milestone, so if you want to get down with these rock n’ rolling cavemen, be sure to make your contributions to their Indiegogo page before the donation period ends of March 14th. BAGH!