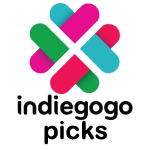 Calling all disco fans: have we found the game for you! Mad Birds is the first ever handmade interactive music video clip, brought to you by the Israeli electro-dance band, Terry Poison, who hails from Tel Aviv. The game is described by the band as “Angry Birds + acid + sequins,” and I’m not really sure that I even need to continue with this preview now after typing something like that.

If you have never heard of Terry Poison, or had the chance to catch one of their live shows before, I would say that “outrageous” is a pretty accurate word to describe the band’s stage presence and wild fashion sense. Luckily, their music video/video game hybrid looks to fully capture that same untamable energy, and teaming up with the slick production skills of Hooligans, the innovative new app will let listeners take part in all of the crazy disco fun wherever they go.

As the game’s title suggests, Mad Birds is a hand-crafted music video for the band’s new song “Mad Birds,” which will be a lead single off their upcoming album, and is the group’s self-proclaimed favorite song on the new release. And if you’re a fan of sequin-covered things, then boy is Mad Birds really the game for you! The different characters you control in the game are the actual live-acting band members of Terry Poison, as you navigate around a wonderfully constructed landscape full of the same quirkiness that you would only expect from a Terry Poison show.

The actual game is played by controlling one of the members of Terry Poison as they float around the city at night, and score points by grabbing “magic capsules” like pills and sketchy mushrooms. But naturally, the more mushrooms and pills you take, the blurrier your vision gets, and you might even start hallucinating, which makes collecting anything in the game after that a real test of your concert after-party skills. As you play and jam out to the single, you’ll have to avoid crashing into the buildings of the shimmering city metropolis while bugging out on your magic capsules, as the game’s introduction video tells us, “just like in real life.”

In order to help finish their mushroom-filled disco adventure, Terry Poison and Hooligan have set up an Indiegogo campaign where fans can donate towards the project and make sure it meets its hopeful release date of summer 2013. Some of the higher-end reward tiers are pretty shiny and spectacular too, like the “Crown Pigeon” package, which puts your name or the name of your band on an actual billboard in the game, and presented in all sorts of sequin-covered glory.

Mad Birds is easily one of the most unique and ridiculous apps I’ll probably ever have the pleasure of playing on my iPad, and you can bet your sweet sequins that you’ll find me flying through the disco sky and jamming out to some crazy tunes this summer. I’m also curious to see how Apple will handle a game that’s blatantly about doing acid, but I guess Terry Poison will have to cross that disco floor when they get there.

Attack of the Clones: Battling Copyright Infringement in the Courts