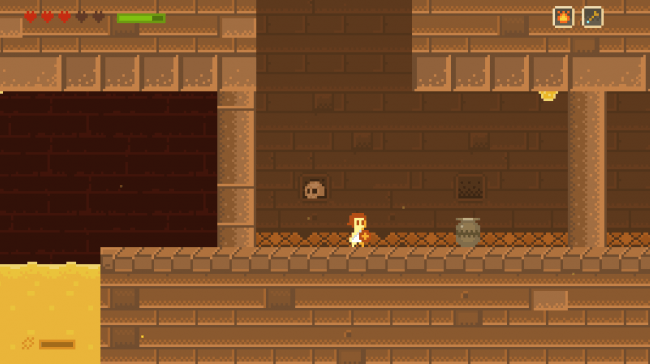 It seems like everywhere I turn these days, there’s another new 8-bit adventure that’s set on bringing me back to the days of playing The Legend of Zelda in my parent’s basement as a kid. But there’s a very good reason for this steady influx of new-age retro-inspired adventures: it’s because they were all just so seriously awesome, and Elliot Quest looks to be just as awesome as the rest.

In the game, players must assume the role of a hero named Elliot (based on the developer’s small son), as he explores the vast Urule Island, and searches for treasure in his quest to defeat the four Element Guardians and acquire their powers. Elliot Quest draws most of its inspiration from the 2D sidescrolling action of Zelda II: The Adventure of Link, although the game world itself is described as much more of an open world experience, akin to classic titles as Super Metroid and Castlevania. The game is also set to feature some epic boss fights as well, like a giant pink blob in a golden king’s crown who seems overly intent on squishing you into a pixelated pancake.

Even though the game sports a more retro feel that harkens back to the golden days of the NES, that’s certainly not to say that Elliot Quest doesn’t have its fair share of depth to keep modern gamers more than satisfied with the adventure. In addition to a deep leveling system, Elliot will also be met with a karma system, which ultimately affects what kind of ending the player will receive upon completing the game. And this is without even mentioning the helpful mini-map of Urule Island on display, and the many hidden paths and Easter eggs to uncover on your way to that coveted 100%.

While the game is only looking to raise $6,000 in funding on its Indiegogo campaign in order to meet its release on Windows, Mac, and Linux platforms, a stretch goal of $11,000 will see a release of the game on the new Android-based home console Ouya, while a $14,000 stretch goal will help improve the overall quality of the sound effects, music, and graphics that make it into the final game. And of course, if you’re willing to help out, there are a lot of fun rewards that will make your contributions worthwhile: including a pixelated statue of you that’s placed in a special room somewhere in the game as a hidden Easter egg, if you’re willing to donate $150. 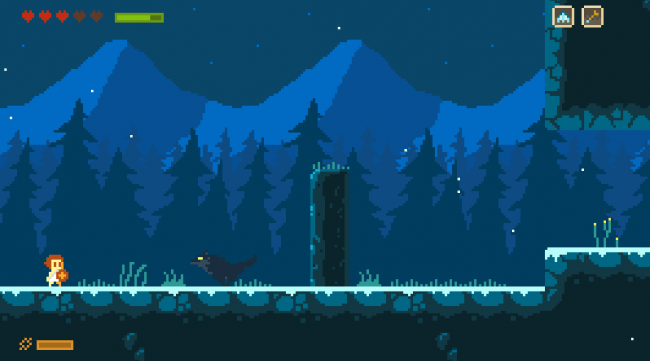 Development began on Elliot Quest in January of 2013, and the game is currently 40% complete with no definite release date in sight. But if you’re more in line with the “try it before you buy it crowd,” then you can even play a demo version of the game’s beta build right over here on the Elliot Quest official website. And if you really like what you see, you can also vote for the game on its Steam Greenlight page.

Torchlight is free for 48 hours