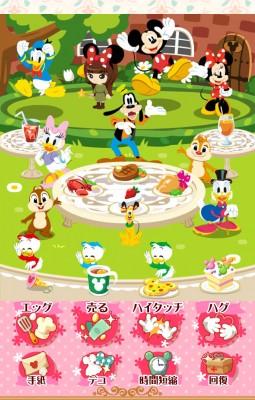 This past fall, our editor-in-chief Jim Squires speculated that Disney would become a major player in the social and mobile games market. While we’re not sure what kind of exclusive apps Jim gets access to, we’re convinced he just might have one that predicts the future.

Just this morning, Japanese mobile supergiant DeNA announced that they would be partnering with Disney to release mobile social games carrying the media giant’s popular franchises. Three games have been announced, including the free-to-play Disney Party, the card-collector Disney Fantasy Quest, and an as-of-yet unnamed card battle game featuring characters from the Marvel universe. Each game will be given a Japan-exclusive debut, with all three titles localized worldwide later in the year.

“We are very excited about working closely with DeNA which is the market leader of mobile games, to provide great new services,” said Paul Candland, President of The Walt Disney Company (Japan). “We are also looking forward to inviting our audiences all over the world enjoy Japan made original game content through DeNA’s global platform.” Considering DeNA’s outstanding numbers in Japan alone through their Mobage social gaming network, Disney has plenty of reason to be excited. 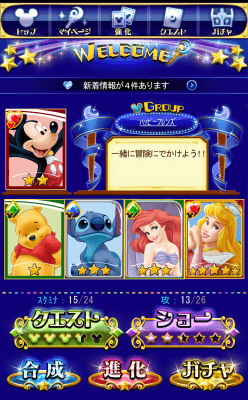 One big question remains, however: Why partner with another social games developer when your own has been so successful? Disney’s been doing great since acquiring social gaming network Playdom for over half a billion dollars in 2010. They’ve even been making great use of their extended properties, including the release of Marvel: Avengers Alliance this March, and have just announced their first Disney IP powered game, Disney Animal Kingdom Explorers.

This move seems to suggest that Disney must be looking to tap into the Eastern market with its games, further confirming our prediction of them becoming a worldwide name in gaming. Disney also plans to use its new Eastern foothold to raise awareness of Marvel characters in time for its upcoming blockbuster, The Avengers.

In the end, it’s more of what you’d expect: Disney is getting bigger and bigger. Here’s to hoping that this mega-alliance will lead to social gaming justice, and not evil.