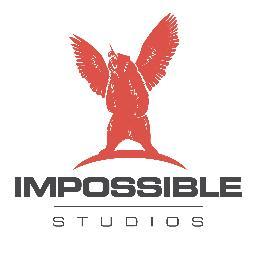 Epic Games founder Tim Sweeney has announced the shuttering of Impossible Studios. The studio, formed by Epic back in August to develop Infinity Blade: Dungeons, has been offered three months’ severance pay, as well as the opportunity to keep using the Impossible Studios name and logo (pictured to the left).

“When former members of Big Huge Games approached Epic last year, we saw the opportunity to help a great group of people while putting them to work on a project that needed a team,” Sweeney wrote on Epic’s blog.  “It was a bold initiative and the Impossible folks made a gallant effort, but ultimately it wasn’t working out for Epic.”

There’s certainly some ambiguity to that statement, and it could be a while (if ever) before we learn what inspired Epic to shut the studio down. But regardless, the net result is that Infinity Blade: Dungeons is on hold while Epic decides what to do with it next.

As always, our hearts go out to the people who lost their jobs today, and whether you keep Impossible Studios alive or seek employment elsewhere, we hope you land on your feet.

The Simpsons: Tapped Out is available now on Google Play